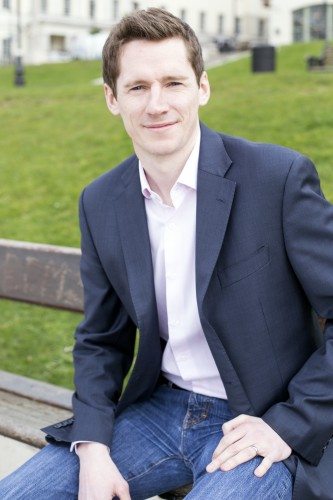 Share via
In 2015, Johnson explained that conference call provider Powownow was expecting to add in excess of 80 or 90 thousand users in the UK. He also pointed to figures from 2010 and 2014 to showcase the progress, saying: ?Revenue was ?6.3m in 2010, and for 2014 it was £14.1m. Our headcount was 30, and for 2014 that was up to 70. Then the minutes a month in calls were 20m for 2010 and 50m for 2014. Founded in 2004 by?Paul Lees, who had previously worked with BT and was increasingly frustrated with the unsuccessful ways of the conference calling world, Powwownow has gone from strength to strength. Johnson was only brought on board four years ago to help navigate the sale of the company. “I was looking at key drivers for success, but also routes to future growth as those buying want to know especially for private equity how they’d be able to sell it on in three to five years,” Johnson said at the time. We had a few more questions for Johnson though, and below are his answers. (1) Tell me more about your background and what lessons you learned while working in industries such as aviation, shipping and property. While the industries are fundamentally different, the principles are the same. Businesses go through life cyclesAnd depending?on what stage they are at ?whether they areA’start-up, growing business or mature business, the key areas of focus are just tweaked. Forexample, cash is always important?but for different reasons. It’s very critical in the early stages?of a business, where it’s more about survival rather than optimising return on investmentAnd it’s also crucial for?growing businesses who?want to re-invest. For a mature business, it’s more about cash management, giving the shareholder a return and not just investing in the core. (2) After struggling to get the word out in its early days, Powwownow has been growing at quite a tidy rate how is the company still facilitating that growth? We ve kept true to our principles of investing in marketing and new product development. Each year we invest 20 per cent of the revenue in marketing, which means it increases every year.

Continue to find out how to maintain company culture in your decision making.