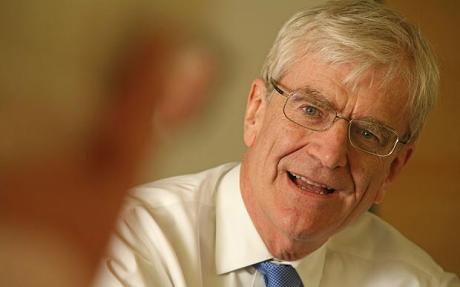 In his one of his first public speeches since the election, the CBI’s director general Richard Lambert said that political decisions made over the next few days will be “critical” for the future of the UK’s economic recovery.

“I would think people would be feeling pretty uncomfortable if by the weekend the position wasn’t clearer than it is now,” said Richard Lambert, speaking at an event organised by recruitment consultants FreshMinds and held at Bloomberg’s London headquarters. “Business needs stability and wants to see a clear decision reached swiftly, which delivers a stable new government. The UK’s route to economic recovery needs to be firmly established. The markets have been expecting this outcome, but uncertainty brings risks.” With Gordon Brown pledging to step down last night – “putting all his chips on the table” – the next government must reduce the public deficit, Lambert added. “The good news is that all of the political parties regard the fiscal challenge as their number one priority. But we need a credible plan.”  The UK still has a “period of grace” before it must announce debt-cutting measures, however, he said. “The UK has time. It has a number of advantages – its own currency, it’s debt-to-GDP ratio is lower than the euro-zone average, so it has goe time. But if nothing happens, if the current deficit is allowed to accumulate over time, then that would put pressure on the UK.” Richard Lambert will be speaking at our Entrepreneurs’ Summit tomorrow.