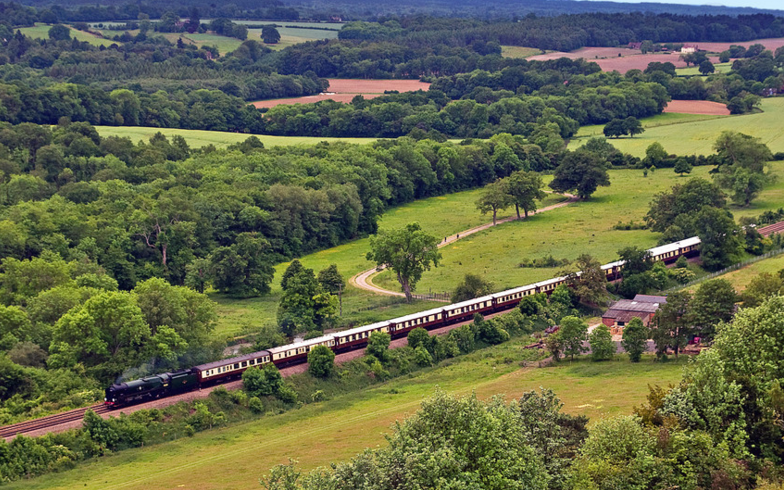 As part of a pop-up dinner campaign to run on its lavish Belmond British Pullman train, the company has revealed it will welcome a group of celebrity chefs on board to deliver exclusive dining experiences to passengers. The Pullman itself is billed as a palace on wheels and boasts a high-profile history of transporting royals, film stars and government figures in the 1920s and 1930s. In attempt to recreate ?the golden age of travel?, it comes adorned with art deco designs, plush armchairs, linen-set tables, silver and crystal and brass luggage racks. Italian chef Aldo Zilli will be the first chef to board the Pullman on 6 May when he will host an evening inspired by his home country. Michelin-starred Richard Corrigan, the owner of Corrigan?s Mayfair and Bentley?s, will follow Zilli on 11 June with an evening centred around British cuisine.

Elsewhere, Tom Kerridge will board the Pullman for the third time on 13 August to create a pop-up pub, showcasing dishes that can be found at Michelin-starred Hand & Flowers and new venture The Coach.

Finally, James Martin, who quit the Saturday Kitchen in February, also returns for a third year on 29 September. He will produce Yorkshire-inspired comfort food. Just 100 passengers will be able to join the evenings, which are designed to be intimate with an opportunity for mingling with the chefs. Each event will come with a multi-course menu that?s teamed with wines, while departure from London Victoria Station will take place at 6pm following a champagne reception held in Belmond British Pullman?s private lounge. Dinners are priced at ?510 per persona and can be booked at Belmond.com.

If this sounds up your street, meet the couple who quit their jobs and country in search of a globe-trotting ?freedom lifestyle?, which has resulted in the development of a business that allows them to stay in luxury accommodation with their $10,000 a month earnings for working 20 hours a week.