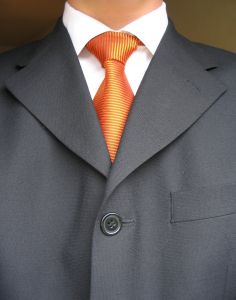 Companies are more likely to hire prior CEOs because they are increasingly unwilling to take the risk of hiring executives with no previous job-specific experience. But?prior CEOs performed worse than their peers without such experience,?according to a new study by Burak Koyuncu of NEOMA Business School and Monika Hamori of IE Business School.

In their paper, ‘Experience matters? The Impact of Prior CEO Experience on Firm Performance‘, Koyuncu and Hamori collected data on the career histories of the CEOs of S&P 500 corporations who occupied the CEO post from 2005.? Tracking their performances for up to three years after their appointment, thy found that 19.6 per cent had at least one prior CEO job and that those who transitioned directly from a prior to a new CEO job showed 48 per cent lower three-year average post-succession returns on assets. In contrast, CEOs who spent time working in a different position between CEO jobs showed no significant difference in performance than CEOs without prior experience. ?This suggests that the job-specific experience these CEOs gained in their prior CEO job interferes with their performance in their new job,? said Koyuncu. ?Their experience may slow down learning because some knowledge and techniques need to be ?unlearned? before learning in the new context can take place.? Also, as prior CEOs rely on experience from past events, they are more likely to follow decision-making shortcuts, which may cause them to give the same answer to a different problem. ?Prior CEOs may be too embedded in the norms, culture and routines of one organization and thus may underperform in another because they have developed fixed assumptions about how tasks should be done,? said Koyuncu. In order to avoid such an ?experience trap?, the authors recommend that hiring companies put CEOs with prior experience in an interim position for at least a year before they take on the full CEO role. ?In general, companies that hire CEOs with prior CEO experience need to provide ample support to their transition and integration ? the greater the opportunity for acculturation, the greater the chance the company can avoid falling into the CEO experience trap,? Koyuncu concluded. Image Source By Shan? Schutte