In its most recent trading statement on 29 April, the London Stock Exchange (LSE) listed business described its performance over the third quarter in its retail and FMCG divisions as “mixed” – with figures remaining flat. Commenting then, CEO Jonathan Hart said: “The sales decline in UK commercial is now solely due to reduced levels of orders from one customer which have continued into the second half of the year. We are, however, encouraged by positive sales across the balance of our trade partners.”

Once Hart vacates his position, current COO Barry Bloomer will act as interim chief executive while the company begins a search for a successor.

“Over the pat four years Jonathan has turned around our retail business, as well as creating and delivery the vision and strategy that will serve as the platform for the continued transformation of Thorntons into an international consumer goods business,” Thorntons chairman Paul Wilkinson said. “On behalf of the board, I would like to thank Jonathan for his significant contribution and wish him well for the future.”

Thorntons’ December profit warning resulted in a 22 per cent fall in share price, after which it continued to drop to a near two-year low of 63.25p – before steadily climbing to its current position of 92.18p.

Hart became CEO of Thorntons in January 2011 having held previous positions at Caffe Nero, where he was managing director, and senior roles at Abbey, Woolworths, Big W and ITM Communications. At Caffe Nero, he oversaw a doubling of its store count to 400 and left the business with revenues of £153.6m.

Chris Beer, of Warwick Business School and a professor of practice as well as a CEO mentor, said: “Thorntons has had to go through a painful process of re-invention just at the time when the retail market has been under immense pressure. Reducing its own retail foot print back to remove unprofitable outlets has coincided with really intense competition among the big supermarkets – inevitably that has put price pressure on Thorntons as it has on other suppliers.

“It seems the departing Hart has done a reasonable job under difficult circumstances but even that has not been enough. The share price reaction I believe is down to a few key things.

“Firstly, the strategy seems broadly right, but it will take time to pay dividends, losing the CEO will only push that back further. Second, uncertainty around future leadership will only serve to unsettle talent and commercial relationships. A quick resolution to the leadership question is vital.” 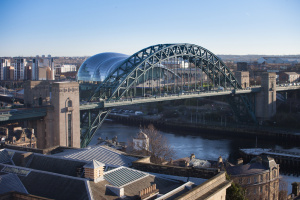 Charlie Mullins: I can see no evidence of a divide between the north and south 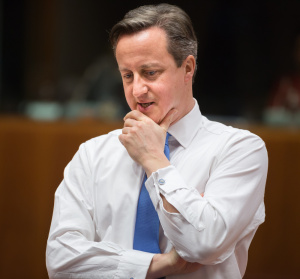