A widely-held belief amon­­­­g finance and economics researchers is that acquisitions have a detrimental impact on returns to shareholders and the profitability of the acquiring firms. And yet, despite the risks involved, the last two decades have seen at least two periods of heightened acquisition activity.

It seems that CEOs continue to be attracted by the pecuniary and power gains associated with acquisitions. There is also the issue of reputation, of personal image, where acquisition can be seen as evidence of leadership ability and strength.

Traditionally the offer of share options has been used as a disincentive to undertake bad acquisitions. However, the effectiveness of these option vehicles to constrain bad acquisitions has attracted widespread criticism.

Our research suggests that CEOs are more likely to be ‘punished’ as a result of bad takeovers. Earlier studies on acquisitions have focused only on the pay incentives of CEOs – and also just those CEOs who were ‘survivors’, remaining in post following acquisitions. Our work has been the first to investigate the negative implications of acquisitions and the impact of ‘value-destroying’ acquisitions on the expected pay premium for CEOs. We have also looked at the longer-term effects on shareholder wealth and on CEOs themselves using Data from 2,755 firms over 1993-2012. Of the 932 firms which made acquisitions during the period, 46 per cent dismissed their CEO (compared with 18 per cent among all other firms).

Our findings support the idea of a post-acquisition pay premium, of around four per cent. More crucially, the research also found that CEOs were 35 per cent more likely to lose their position post-acquisition. Taking this risk into account, the expected value of the pay-off for CEOs is much reduced. The actual pay premium for CEOs post-acquisition is only 1.6 per cent – but that is when the acquisition is a ‘good’ one. There is a 2.1 per cent reduction in earnings in consequence of a ‘bad’ acquisition. Over the longer-term the picture worsens. Following a ‘good’ acquisition the pay premium falls to around one per cent and there is no particular increase in bonuses. Acquisitions that have a long-term negative impact on shareholders’ wealth lead to an average three per cent decrease in CEO pay.

International, cross-border acquisitions – which might be considered to be more high-profile and adventurous – had no impact on the level of pay awards. But they were more likely to lead to a CEO dismissal.

Given that the likelihood of post-acquisition dismissal is not known to the risk-averse CEO, the premium in pay is quite small, and the actual managerial incentive to undertake a risky acquisition is low. By taking into account the dismissal risk, there is no premium in pay for a CEO who undertakes a value-destroying acquisition.

These results raise real questions about the incentive effects of a pay increase offered by a programme of acquisitions for business leaders. Where are the real incentives? If a CEO has little pecuniary incentive to undertake a risky acquisitiony, an interesting area for research would be to examine which other factors are relevant to the managerial decision-making in undertaking risky acquisitions. Perhaps the answer lies in the power dynamics and the non-pecuniary aspects of managing larger firms. 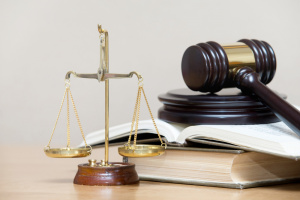 Charlie Mullins: Tribunal rule changes are a boon to business