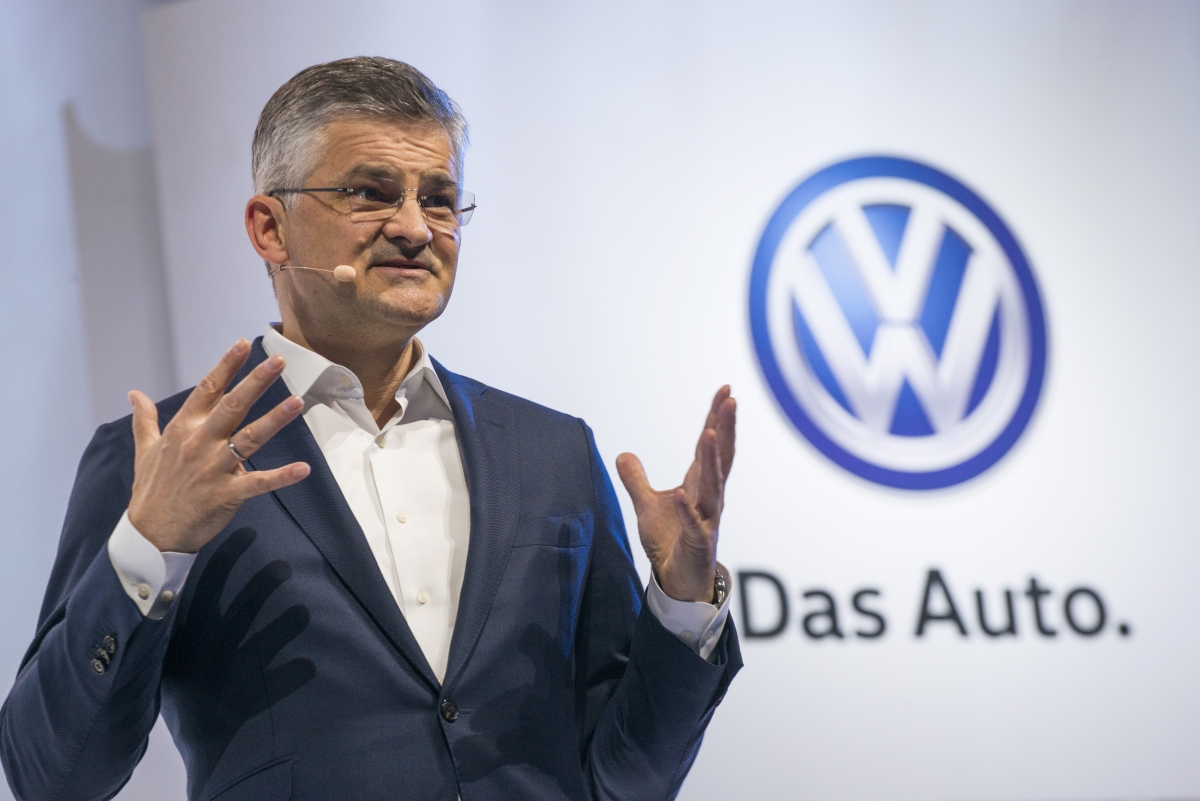 Share via
The concept of scapegoating – of blaming someone else for your mistakes – dates back to ancient Israel on what was entitled the Day of Atonement. It would see the high priest confess the sins of all the children of Israel to the scapegoat, which would be sent into the wild to die for what everyone had done wrong. This cleansed everyone else of their sins. However, the practice is still alive and well in today’s corporate world, with many executives and team members alike more concerned about who takes the fall for a bad decision than in correcting the error.  As such, we took a look at four famous examples of CEOs who played the blame game.

The year 2015 spelled chaos for Volkswagen – after a scandal involving the deception of customers and emissions regulators it was hit with one of the costliest automotive recalls in history. And to get out of being blamed, CEO Michael Horn played the “rogue employee” card to explain how the cars’ engine software cheated in pollution tests. After talking to the US House Committee on Energy and Commerce, Horn said he only learned of the existence of the “defeat device” when regulators uncovered the software. Much like the rest of the company’s senior executives, he claimed management had been in the dark about more than half a million cars having been rigged to suppress emissions while being tested. “This was not a corporate decision from my point of view,” Horn said. “To my knowledge this was a couple of software engineers.” Congress, however, wasn’t convinced, with Jan Schakowsky saying: “You’re telling me these engineers snuck that code into the software and no one said this is breakthrough technology, we need to patent this? Either your entire organisation is incompetent when it comes to intellectual property or it is complicit at the highest levels in a massive cover-up that continues today.” ––––––––––––––––––––––––––––––––––––––––––––––––––––––––––––––––––––––––––––––

Former CEO Scott Thompson had allegedly earned a computer science degree from Stonehill College. And while he did, in fact, graduate from Stonehill, it was with an accounting degree in hand. This issue only came to light after activist shareholder firm Third Point called into question Thompson’s education.  While he was fired for lying on his CV, before he got the phone call he tried to shovel some of the blame onto recruitment firm Heidrick & Struggles. He reportedly told Yahoo! employees that before he was hired by eBay to work at subsidiary PayPal in 2005, he had an interview with the executive placement firm. He claimed he never told Heidrick & Struggles he had a degree in computer science, but somehow this detail ended up on a document that he never saw or signed off on that went straight to eBay. After he took his role at PayPal, this document was used to create a public profile – one he also never supposedly saw.

During an investors call in 2012 concerning Activision Blizzard’s slumping retail sales, Bobby Kotick lay the blame on, well, everyone else. He said: “I think there has been, unfortunately, a stream of products that are less than adequate from some of our competitors. The demand in the marketplace is for great quality products. If you look at the success we’re having it validates that there is an opportunity for great quality products but I think at this stage in the cycle, it’s challenging for anything other than great quality products.” Oddly enough, he blamed competitors’ bad games for causing Activision Blizzard to suffer – consumers are having it so tough that they’re allegedly turning away from gaming completely. Deferring more responsibility, Kotick stated that people weren’t buying games because the replay value was too high – laying the blame at the developer’s door. “A lot of the games we make, like Call of Duty, that are multiplayer games offer a lot of replayability. When you have the opportunity for replayability in an economic environment like this, you’re going to spend more time playing the games that you have.” Much scandal also happens in the finance space. Access to finance is a common problem for growing businesses, but what are you supposed to do when the figures aren’t going your way? Apparently the answer is to cook the books, as we reveal the worst financial mistakes businesses have made in history. By Shané Schutte