In fact, it’s a trend now rising in popularity. The head of PepsiCo, Indra Nooyi, started off as the company’s CFO in 2008, Ian Dyson, the ex-CFO of Marks & Spencer, later took the top job at Punch Taverns, while John Rishton went from CFO at British Airways to CEO of Rolls-Royce.

But while many believe that it’s natural progress, Robert Half UK found that CFOs are actually driven to reach the top role – 86 per cent of UK CFOs want to lead the company.

“While CFOs face competition for the hot seat from marketing directors, chief information officers and chief technology officers, finance continues to be the route to the top as 55 per cent of current FTSE 100 CEOs have a background in finance, giving CFOs an edge over other roles,” the report claimed.

This was supported by PageGroup’s “Global CFO & Financial Leadership Barometer,” suggesting a CFO’s role was increasingly varied. Some 58 per cent handed company administration, 41 per cent IT, 37 per cent legal, 34 per cent HR and 24 per cent procurement and supply chain.

“As their remit increases CFOs are working more independently from CEOs and are driving changes which impact the organisation as a whole,” the PageGroup said. “Financial leaders are strengthening their position and escalating in importance. Their growing involvement in shareholders’ meetings, investor relations and corporate strategy underlines this development. CFOs are increasingly acting as change leaders.”

But why are they so confident that they could take over as CEO? CFOs believe their knowledge in investor stakeholder management (44 per cent) and economic and business awareness (40 per cent) sets them apart from the crowd.

Of the research, Phil Sheridan, senior managing rirector at Robert Half UK, UAE and South America, said: “The ‘perfect’ CEO will combine strong functional and technical knowledge to drive the business objectives with an understanding of the industry and competitive landscape. As CEOs continue to be challenged with improving the financial position of the organisation and delivering increased shareholder value, hiring an individual with a strong financial background is often key.

“As new challenges can impact the wider business, companies should regularly review their succession planning strategies to ensure they can fully utilise the range of talent available and develop potential leaders as early as possible.”

Meanwhile, the ability to think strategically, as well as relationship building and other non-technical skills are becoming more important for CFOs’ career success. 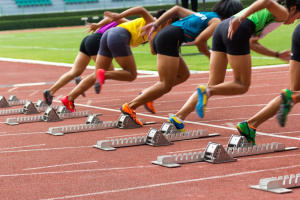 Get ready, but stay steady and don’t go jumping the gun on Brexit 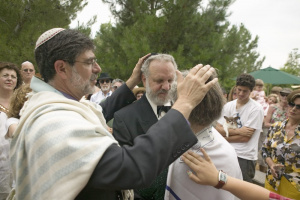