We often hear about the many hats CFOs wear – and it’s no exaggeration. It’s why, according to a 2013 review on the subject, “when the CFO speaks, investors listen – they bring to the table certain competencies, on top of performing the traditional roles expected of them”. But has too much pressure now been put on them?

It’s what a survey by Dun & Bradstreet sought to find out when it quizzed 200 UK finance professionals. It seems the hats just keep piling. Some 97 per cent of respondents unveiled their role had significantly changed over the last three years.

Most, Dun & Bradstreet claimed, emphasised how strategic responsibility had become part and parcel of the role. Similarly, 59 per cent had more risk and compliance responsibilities than before. Too much pressure was piled on, however, due to decreasing team sizes – something 60 per cent alluded to.

This, 53 per cent said, had increased the possibility of serious mistakes being made. Some 59 per cent even felt the company they worked for often rushed through the compliance process. As a result, 55 per cent were uncomfortable with their current role – and felt organisations were taking too big a gamble.

It’s no wonder then that 71 per cent believed they were under too much pressure, with 56 per cent claiming their board had unrealistic expectations.

“The role of the financial decision maker has transformed over the last few years and, while 74 per cent feel this has been a positive shift overall, it’s still a major challenge,” claimed Tim Vine, head of trade credit for UK and Ireland at Dun & Bradstreet. “Suddenly, teams who have reduced in size now have to manage a complex dual role – business gatekeeper and revenue creator.”

One of the only ways to meet the requirements of the dual role Vine spoke of, 45 per cent of CFOs believe, is to base decisions on data – the biggest benefit of which, cited by 43 per cent, was collating customer intelligence. There is a barrier on this front as well. Businesses can’t currently access accurate data, 57 per cent believe. Opportunities are thus more difficult to spot. At least, that’s what 65 per cent of CFOs say.

“The UK’s financial leaders know how powerful data analysis can be in helping them meet business expectations in their new joint role,” Vine explained. “But despite the challenges they clearly face, these two roles are not opposites.

“Protection and growth can go hand-in-hand, but only when they are underpinned and supported by the resource, tools and data to allow for smarter decisions that will grow the business. If finance teams are to fulfil this duel objective, they must gain support needed to empower their insight.” 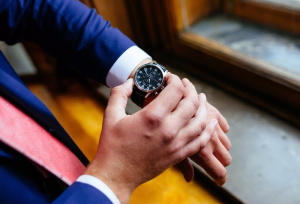 Is the length of your recruitment process losing your business top candidates?

Energising the millennial workforce: How to make the most of digital natives