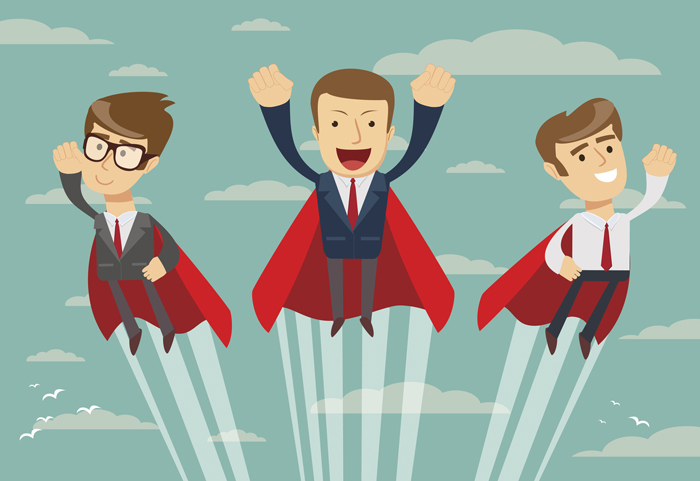 Share via
In preparation for the 20th annual Growing Business Awards, an event that recognises growth businesses from across the UK, the Brewery in London recently played host to the Festival of Ideas – a day dedicated to the GBA Alumni. The Festival consisted of panels of some of the GBA alumni that have gone on to beome household names – Go Ape, Bulldog Skincare, Perkbox etc. – as well as some breakout sessions where attendees were invited to discuss topics that had been identified as challenges for growing businesses. The first roundtable session was on talent spotting, and how to build a successful team for the future. Naturally, any growing business is going to be thinking about recruitment, but this is often very challenging, and some industries fare better than others.

One of the key things to come out of the session was the idea that people aren’t staying in work as long any more. People are job-hopping more, a trait which is most common among younger workers. According to a report by CV Library, although 53.2% of people are still likely to say that staying in a job for less than a year is unacceptable, younger people are more likely to disagree (65% of those aged 18-24 disagreed, and 73.9% of under 18s). This is bad for businesses, because every time someone leave you have to replace them – this is a costly process, as a new employe needs to be recruited and trained. However, as one member of the audience at the Festival said, staff churn is a reality, and we need to deal with it. So, why do people leave? Key reasons for leaving a job include: no room for progression (24%); to be closer to home (21%); changing fields completely (20.4); being offered a better salary (18.2%); and having learnt all they could from the job (16.3%). Business leaders can try offering staff incentives to keep them around – offering more responsibilities and training to demonstrate how valued they are, pay rises where possible and so on. All of this may ring true for highly skilled industries with a talent shortage. But how do you retain staff in lower skilled roles where these opportunities are just not available?

One member of the audience raised a concern – sometimes, hiring people that are at the relatively low level of the pay scale, there are problems with people not even turning up for interviews. Worse still, there can be issues with people just not turning up to work. This is a problem that may well be amplified when the UK leaves the European Union and there are restricitons on migration. According to a report by the All-Party Parliamentary Group (APPG), available data suggests that in 2016 around 11% of workers were non-UK nationals, with 7% being EU/EEA nationals. There is also reportedly a heavy reliance on EU/EEA nationals for “low skilled” roles as there is a shortage of domestic workers willing to take up these posts. The APPG has made recommendations to help alleviate this issue, including the idea of  introducing a transition period to allow businesses to keep access to migrant labour in the medium term. In the meantime, there are limited options for small businesses recruiting for lower paid roles. One recommendation might be to focus on company culture, to make sure employees have more to stick around for than just their basic pay. Understandably, recruitment issues vary greatly from business to business, but these are issues that growing businesses may need to be mindful of in the coming months. You can find out more about the awards here.   FURTHER READING  _______________________________________________________________________________