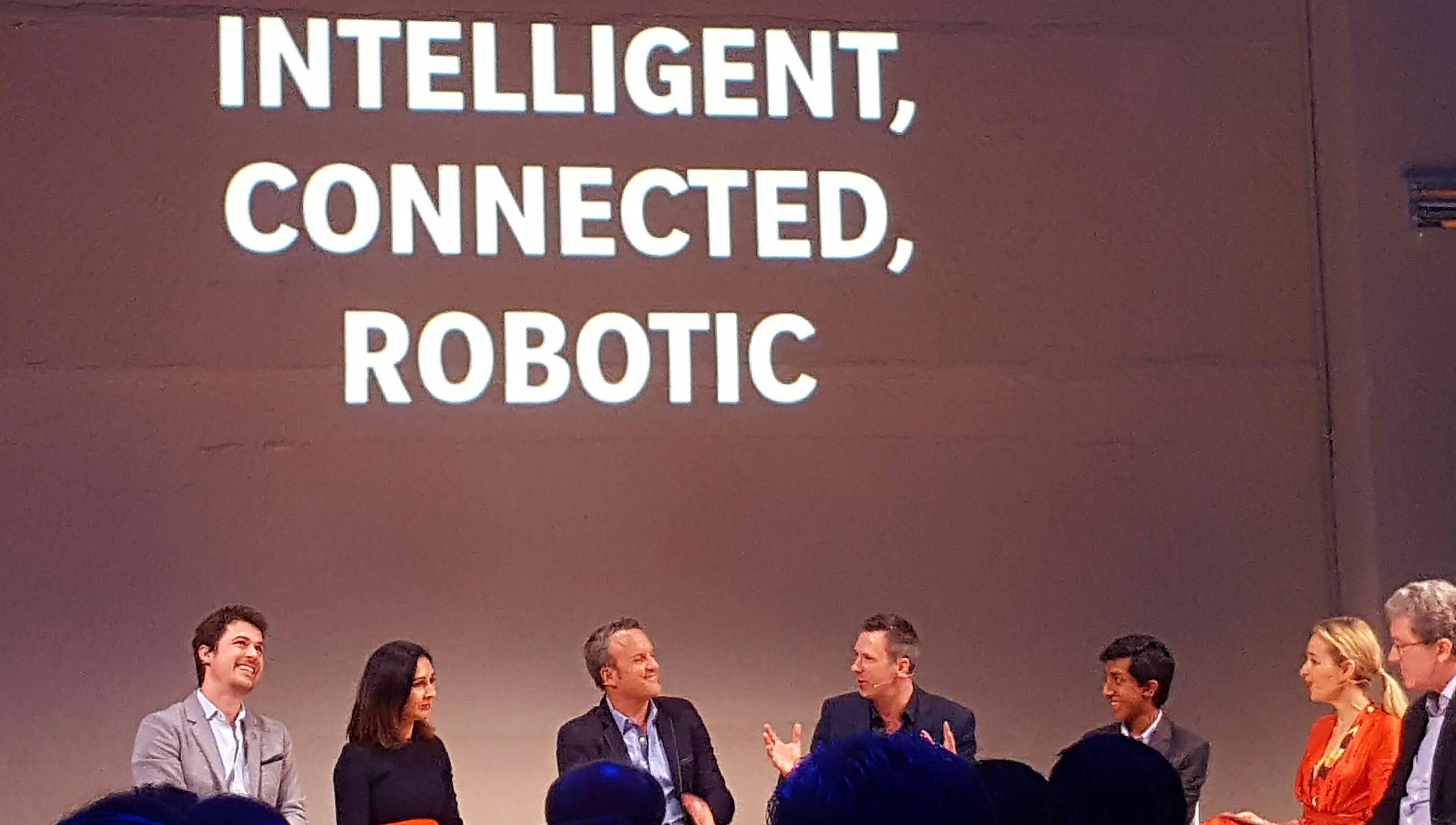 Share via
Travelling to Berlin, Real Business got the chance to hear Douglas Coupland speak about the workplace of tomorrow already being here. Taking the conversation further, Konica Minolta held a panel discussion around the challenges that needed to be tackled now if you wanted your company to thrive in the future. It?s becoming increasingly obvious that the human race has a short attention span. In fact, it?s less than that of a goldfish, according to 17 year old Google Science Fair winner Mihir Garimella. Our lack of patience won’t suddenly increase, so one way to ensure companies thrive in the future is to cut the chunky explanations out of everything; let people get the gist of it and get back to work instead of reading an essay before a meeting. That?s where fellow panellist Dan Holme, director of product marketing for SharePoint at Microsoft, jumped in. He similarly claimed making corporate goals clearer and more concise ? cutting out unnecessary words ? would create clarity, helping people understand the company better and in turn allowing them to become passionate about achieving its vision. Another issue weighed heavily on the mind of Belinda Parmar, CEO of The Empathy Business. She said companies would need to find solutions to people being less loyal and more flexible than they were before. If companies were struggling to retain these hoppers, she pointed out, then it was likely due to a lack of equality and the way those now coming into the workforce had a different upbringing. This was a sentiment echoed by economist Noreena Hertz. ?Equality is hardwired into the upcoming workforce ? it?s just the way they were brought up ? and bosses should be looking to get the right balance if they want good talent to make their businesses thrive in the future,” she said. “This new talent fights for equal rights and cares about the environment. It?s something many companies fail to recognise. Like Coupland said, our mind set has changed, so we need to stop thinking of retaining Millennials in a traditional way. We?re talking about different values and a unique set of pressures.? There?s a different mind set that needs to be embraced as well, French architect Arthur Mamou-Mani explained. Technology shouldn?t be seen as a bad thing. Understanding its constraints and acknowledging the extra time you afford when AI takes over will allow you to get back to the basics and find out what it is you need to be doing. ?And if either you or the technology fails,? Mamou-Mani added, ?that?s not a bad thing either. We need to stop looking at failure as the end to business as we know it. It?s only a means to learning how to proceed and why.? But maybe we should stop the formed ideology that companies need to change for the younger generation. At least, that?s what Pete Murray,?VP, OEM and IoT GTM of Hewlett Packard Enterprise, believes. He explained: ?The way I see it, there?s an entire mobile generation we need to start catering for ? and it isn?t the preserve of the young and tech-savvy. Everyone has become obsessed with mobile. And if we?re not on a phone, we?re connected in some other way, collaborating on a different platform.? We’re all going to have to change the way we do things for the future. But at the end of the day, the panel alluded to the fact that current challenges would get in the way of future success if companies didn’t start addressing them. By Shan? Schutte