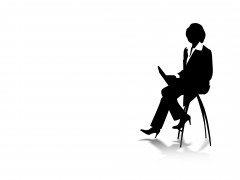 Ernst & Young’s recent G20 Entrepreneurship Barometer revealed that the UK is one of the top five countries in the G20 for entrepreneurs. It claims that a competitive tax system, business friendly regulations, skilled workforce and dynamic financial markets collide to create the ideal scenario for UK start-ups. At the same time though, the Dell Female Entrepreneur Index, released in June 2013 saw Britain sit outside the top five places for female entrepreneurs, citing a failure to demonstrate successful female entrepreneurship in key areas such as technology and individual aspirations.

Clearly there are mixed messages on the potential of female entrepreneurship in the UK but far too often, the debate centres on where women in business are struggling rather than celebrating success stories.                             If we are going to boost the number of women starting up their own business we must instil a sense of confidence amongst women and make it clear that they have every opportunity to succeed. Part of this is simply recognising that entrepreneurship comes in different shapes and sizes. For some women, it’s about doing something they love while allowing flexibility for family life. For others it’s about finding a gap in the market and creating a business that could potentially disrupt an entire industry. Since starting my own company in 2012, I’ve found that being my own boss is hugely fulfilling but you have to put in the hard work and long hours. That’s why there aren’t many women leading fast growing companies; because it simply doesn’t fit with the flexibility that many women want. However, if you are prepared to put in the hours, there is nothing more satisfying. Being your own boss is rewarding but many people find the idea of setting up their own business overwhelming. This needn?t be the case and gender certainly shouldn?t be an obstacle. Any woman can be an entrepreneur; you just need to recognise an opportunity and when the going gets tough, have the nerve to stick to your guns. This is really important in the early stages of setting up a business when you need to stay strong and motivated.  Every entrepreneur experiences some dark moments early on; you find yourself struggling to raise revenue, feel like you’re making little progress and if you are doing it all as a solo entrepreneur it can be really disheartening and lonely. You have to get past this though and stay focused. Your passion and determination are what will ensure that both you and your business survive and thrive in the long run. It’s been a long time coming but attitudes towards female entrepreneurs are definitely changing; the problem is that many industries are still dominated by men which can be intimidating for some women. When I have time I attend tech entrepreneur networking events and it’s not uncommon for me to be the only woman in the room.  It can be nerve-wracking but it can work to your advantage if it makes you unique, just be confident in your ideas and in yourself. If we are ever to successfully tackle the gender issues then confidence is key; confidence in our own ability as entrepreneurs and confidence that we re not the only female start-ups out there. By championing female success stories we can level up the playing field and ensure that the path is cleared for the next wave of entrepreneurs, who can be judged on their success and not on their gender. Melissa Morris is the CEO of Network Locum.