The anticipation was palpable as Philip Hammond, made his way to Parliament to deliver his Autumn Budget, but I was left a little flat.

Everyone was looking forward to, what was hoped to be, a bold and brave speech from the chancellor, and as the dust finally begins to settle; while there were a few scraps of positivity for some, I can’t deny feeling robbed of a more bullish budget.

We know the facts as they’re told; the deficit is too large, and productivity is willfully low. The OBR puts the blame for the stunted growth in the hands of poor productivity – but if you ask me, economists and fiscal bodies are not the route to a buoyant economy.

A resilient economy is born out of thriving domestic businesses and inspired entrepreneurs and while there were some crumbs to business, the chancellor failed to complete the simplest of equations – there can’t be sufficient house building and infrastructure projects without the skills to deliver them.

Hammond has missed the trick and has quite simply not done enough, to promise funding for skills, training and apprenticeships.

It’s no secret that the housing market leaves too many behind, so you’d think the answer would be to make effective supply side reforms. Without enough skilled workers, the UK will never reach its target of building 300,000 new houses a year.

I was hopeful, in the days leading up to the budget that there would have been more consideration for apprenticeships. The government has acknowledged the importance of vocational learning, the chancellor even chucked a few quid at the further education sector to help them better prepare for the practical T-Levels, but it was still just not enough.

We needed a Budget that targets the skills shortage, increases labour and encourages the startup and expansion of new businesses and enterprises.

A chain is only as strong as its weakest link and the amount of demand-side reform littered throughout this Budget, has left us with a weak plan, and no doubt, a weak economy.

And fine, I agree that an investment in skills will take some time to feed into the numbers we need, but I can’t help but think that with an election in four years, this budget is more political armoury than a genuine bid to make things better.

If we want to create higher productivity growth in the UK then we need to bolster our trade industry and incentivise businesses to take on more apprentices. The failure of companies to maximise on the Apprenticeship Levy is proof of that. And simply, Hammond needs to be unapologetically belligerent in his commitment to this.

Perhaps the chancellor thought his nod to businesses by changing the way business rates are calculated would be enough to keep things sweet, but his meek Budget has scuppered the hopes of kick-starting the economy.

So, just like in the last recession, it will fall to entrepreneurs and business leaders to, again, double their efforts to drive the country forward. While the economists are counting the numbers at their desks, we’ll be strengthening our resolve to make sure the backbone of the British economy doesn’t buckle. 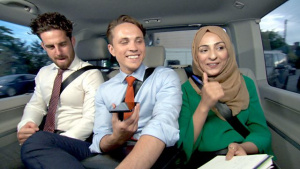 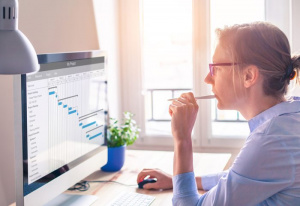 Monitoring business energy contracts – things to keep an eye on