NFU Mutual has suggested that the number of claims involving bags, briefcases and wallets saw a rise of 210 per cent between 2013 and 2015 – the average cost of a claim having increased from £627 to £857.

According to the insurer’s figures, theft was the most common reason for claims, with items most commonly stolen whilst their owners were on holiday, whilst left unattended in a vehicle or whilst on a train. Thefts from airports, whilst out shopping or visiting a church and bags being run over by owners were also reasons for claims being made.

That being said, Osborne should keep a tight hold on the Budget briefcase.

Nicki Whittaker, high value home specialist for NFU Mutual, said: “Few people realise that bags are a big part of the Budget. The word Budget comes from an old French word ‘bougette’ meaning little bag and the chancellor’s Budget briefcase or Budget box is the modern equivalent of the leather bag in which the statement on financial policy was traditionally carried to the House of Commons.

“Whilst the chancellor’s briefcase is kept under close scrutiny, ministerial briefcases are rumoured to be worth around £1,000 and, as they are due to be phased out in favour of thumbprint activated smartphones, their desirability is bound to increase making them a target for thieves.”

Read more about the government-based articles:

Indeed, as far as political status symbols go, there are few more iconic than the red ministerial box. However, a Daily Mail article revealed that cabinet ministers may actually be the suspects as it emerged in 2013 that the “boxes” have a habit of mysteriously disappearing around election time.

In addition to the top three reasons for losing items, the insurer also revealed some of its quirkier claims including: a rucksack stolen by a monkey, a husband who ran over his wife’s bag with the family caravan, a brazen thief who stole a briefcase whilst its owner was asleep on the train and the Mulberry handbag that was ruined by pesto oil.

Whilst the Chancellor’s briefcase has never suffered a mishap (although Neville Chamberlain once left it at home on Budget day) there have been plenty of near misses when it comes to ministerial briefcases.

In 2009, then culture secretary Andy Burnham left a briefcase containing confidential documents on a train, something prime minister David Cameron also did in 2013 when he left briefcase unattended to visited the buffet car.

Furthermore, the NFU suggested that in 2010 a government minister was mugged and his ministerial briefcase stolen as he walked home.

Dafydd Llewellyn, MD for UK SMB, recently unveiled why the chancellor needs to show medium-sized business bosses that they are a valued contributor to the UK economy. 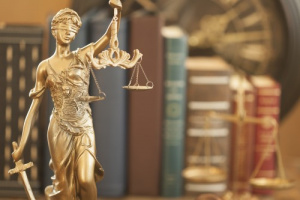 When is it too late for a business to sue for negligence?