A new report from influential body the Federation of Small Businesses (FSB) has revealed that Britain’s late payment crisis is getting worse.

Some 84 per cent of small UK business owners now regularly report being paid late, with a third (33 per cent) admitting that at least one in four payments they’re owed arrives later than agreed.

The problem has worsened recently. FSB analysis found that in the past two years, 37 per cent of small business owners said that payment terms they’d agreed previously with suppliers had lengthened, which in turn had created cash flow issues.

Only four per cent of small UK company owners reported any improvement in terms of late payments in the last two years.

Ahead of the chancellor’s first ever Spring Statement on 13 March, national chairman at the FSB, Mike Cherry, has called on Philip Hammond to use his speech to parliament to tackle the culture of late payments once and for all.

Cherry said: “The late payment crisis will only end when we see a fundamental cultural shift in the boardroom, with those at the top collectively addressing the issue, and directors held accountable for supply chain support.

“Improving the nation’s productivity forecasts starts by speaking out on late payments today. In doing so, the chancellor will send a clear message to British boardrooms.”

According to the FSB, late payments currently result in around 50,000 business deaths a year in the UK, at a cost of £2.5bn to the economy.

Most recently, the collapse of construction giant Carillion has put Britain’s late payment problem firmly back under the spotlight. Thousands of jobs were lost and hundreds of smaller businesses forced to close as because Britain’s largest construction company was unable to pay its debts.

The chancellor was also urged to use the Spring Statement to address key tax-related issues for small businesses, including the government’s planned consultation on VAT and extension of IR35 rules into the private sector.

Cherry said: “Any new consultation on VAT should not take lowering the £85,000 registration threshold as its starting point. That would be expanding a bad tax rather than reforming it.

“Plans to extend public sector IR35 rule changes to the private sector need to be developed with caution. Extending the changes too quickly, without taking the time to assess their impact on the public sector, could be disastrous for the self-employed community.

“Public finances won’t stay strong for long if these strivers are frozen out by employers who are scared to take them on because of IR35 changes.”

Cherry went on to describe the Spring Statement as “an opportunity to reinforce commitment to promises already made”, including (amongst other pledges) refunds for those businesses hit by the staircase tax and the abolition of Class Two national insurance contributions. 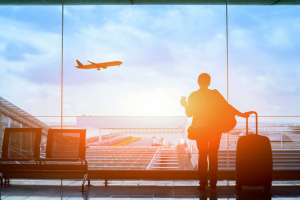 How to use global mobility to improve talent strategy