Theresa May has made a grand declaration that change will hit Britain full-force. She took to the stage for a keynote address in Birmingham and said: “Do we have a plan for Brexit? We do. Are we ready for the effort it will take to see it through? We are. Can Boris Johnson stay on message for a full four days? Just about.”

But, of course, there’s one particular question that has been on the mind of many: What is May’s vision for the UK?

For David Cameron, it was to “make hard-working people feel their ‘graft’ was being rewarded“. Gordon Brown wanted shared prosperity, with plenty of jobs and booming business, while Tony Blair called for us to “put behind us the narrow, selfish individualism of the 1980s”.

May’s vision of fairness echoes the same notion each prime minister had before her, but she has promised “genuine social reform” that will go a long way in creating an economy that will work for everyone. Not only that, she has her heart set on fostering a spirit of citizenship and and sense of public service.

Triathlete brothers Alistair and Jonny Brownlee were used an example, where at the Rio Olympics Alistair helped his exhausted brother cross the finishing line. That one moment, she suggested, revealed an “essential truth”: that Britain would succeed or fail together.

“That’s why the central tenet of my belief is that there is more to life than self-interest,” May said. “We form families, communities, towns, cities, counties and nations. We have a responsibility to one another. And I firmly believe that government has a responsibility too. To build an economy that works for everyone, we must also invest in the things that matter, the things with a long-term return.

“That is how we will address the weaknesses in our economy, improve our productivity, increase economic growth and ensure everyone gets a fair share. And that’s not the only reason. Because while monetary policy – with super-low interest rates and quantitative easing – provided the necessary emergency medicine after the financial crash, we have to acknowledge there have been some bad side effects. People with assets have got richer. People without them have suffered. People with mortgages have found their debts cheaper. People with savings have found themselves poorer.”

Her goal, as is set out in her speech, is for government to “step up, right wrongs, challenge vested interests, take big decisions and get the job done. Because that’s the good that government can do. And it’s what I’m in this for. To stand up for the weak and stand up to the strong. And to put the power of government squarely at the service of ordinary working-class people.”

This, in May’s words, is the era of opportunity, and she took her time to describe the Brexit vote as “our generation’s moment to write a new future upon the page.”

In her first statement as prime minister Theresa May said of the “underdog”: “I know you’re working around the clock, I know you’re doing your best and I know that sometimes life can be a struggle.” She was not talking about entrepreneurs, but it describes their lives perfectly. 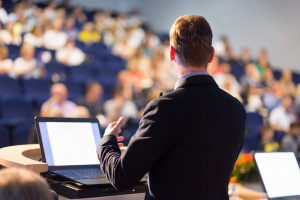 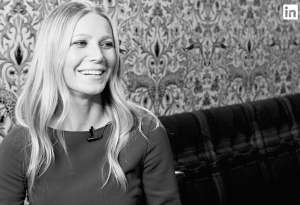 LinkedIn exclusive: Why SMEs have the advantage when it comes to talent