The ruling for companies to be more truthful about broadband speed claims come hand-in-hand with a published guide, suggesting providers will be held to new standards from 23 May 2018.

Both authorities looked to see the removal of wording such as “up to”. The oft-used “average speed” line will henceforth be based on the download speed 50 per cent of customers are privy to during peak time – between 8-10pm.

“If marketers wish to make broadband speed claims on a different basis, because of, for example, the type of technology used, they will need to likewise show their approach is not misleading,” the guidance added.

“Marketers may choose to round such claims down to a figure that is more convenient for advertising purposes. But the wording must be clear. In particular, technical terms should be avoided unless they are widely understood or are explained within the marketing communication.”

It’s a welcome move to Dan Howdle, consumer telecoms analyst at Cable.co.uk. He suggested that up until now, broadband was the only utility that could be bought without consumers knowing precisely what they were going to get.

“The speeds advertised are the expectation you set, no matter how you try to qualify them,” Howdle said. “Broadband speed claims that factor in only a fraction of customers helps no one – it damages provider reputation and stokes fury among customers. Adding the words ‘up to’ was never going to cut it.”

Advertised speeds will more closely match the expectations of the average customer, he maintained. Which is a good thing given that, as Howdle suggests, “the most common complaint from broadband customers concerns receiving less than what they thought they were going to get.”

The complete understanding of broadband to those not in the field won’t come easy because of altered ads though, as was made clear by Andrew Ferguson, editor of thinkbroadband.com.

“While it will help temper some of the confusion people have suffered over the years, adverts can’t convey the full message on broadband,” he said. “The speeds they actually experience are often decided by local factors, such as the distance to the broadband infrastructure. All consumer broadband services will also vary speeds based on how busy the network is.”

He also added that the wording of broadband marketing won’t be the only change that follows.

“Consumers may start to see a much wider variety of speeds in adverts and with the addition of the peak time period (defined as 8pm to 10pm) there is likely to be more variation between providers,” Ferguson said.

“As a result, some providers may elect to refuse service to customers likely to get speeds at the slower end of the scale, which restricts provider choice. Others may not sell the advertised service but instead push customers to a technically identical service marketed under a different name.” 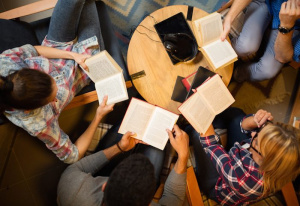 The unreality of new tech risks millennials giving it a miss 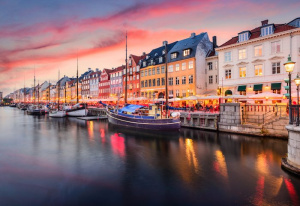 Europe’s best countries for work-life balance – where does the UK fit in?