The Regulations provide the following amendments.

1. A purported clarification of the 2006 Regulations regarding the test for service provision changes

For there to be a Service Provision Change (“SPC”), the activities being carried out by the transferee must be “fundamentally the same” as those carried out by the transferor before the transfer. Although the BIS Guidance refers to this particular amendment as a clarification of Regulation 3 of the 2006 Regulations, it is uncertain whether this will be its practical effect. For example, it remains to be seen how strictly tribunals will interpret the requirement that activities be “fundamentally” the same.

Previous case law on SPCs stated that in order for a finding to be made that an SPC had occurred, the activities carried out by the transferee had to be “fundamentally or essentially the same” as those carried out by the transferor. Whilst the BIS Guidance refers to this case law and suggests that the amendment is simply an implementation of it, only half of the tests set out in the previous case law has made its way into the Regulations with the words “or essentially” being conspicuously absent. It therefore remains to be seen whether tribunals will interpret this new test in a stricter way than was previously the case, given that “fundamentally” would appear on its face to be a stricter requirement than “essentially”.

2. Amendments to the provisions conferring protection on transferring employees against variation of contract

The Regulations retain the existing principle that any variation of a contract of employment will be void if the reason for the variation is the transfer. However, contractual variations will be permissible in the following circumstances:

In relation to the second of these two amendments, it is unclear whether any changes that are to the detriment of the employee – even where the contract of employment expressly permit such changes to be made – will allow the employee to make a claim under either Regulation 4(9) or 4(11) of the 2006 Regulations. The BIS Guidance appears to suggest that it is only beneficial variations which would be permissible under the Regulations and that any detrimental changes will remain void, however, the Regulations are far from clear on this point.

Further, if the BIS Guidance is correct and only beneficial variations are permissible, then this could have the undesirable effect of requiring tribunals to examine and adjudicate upon whether any given contractual variation is beneficial or not. And in the case of transfers involving large numbers of transferring employees, are transferees expected to examine every transferring individual’s contract of employment to determine if any proposed changes would be beneficial to the individual concerned? Would the test be objective or subjective? A subjective approach would clearly make it very difficult to harmonise terms and conditions. Unfortunately, it is impossible at this stage to say with any certainty how tribunals will approach these questions.

The main practical effect of this change is to ensure that genuine “place of work” redundancies are not deemed as being automatically unfair; a situation which has led to many problems for employers in recent years.

4. The period by which a transferor must supply employee liability information has changed

It will now be increased to not less than 28 days before the relevant transfer. This would appear to be a straightforward change which will simply require a tweak in HR timetabling.

5. Micro-businesses (business with less than ten employees) to be given more authority

They will be able to inform and consult directly with any affected employees where there are no appropriate representatives. This change accords with the Government’s aim to reduce red tape and the regulatory burden on small businesses.

6. In the case of collective agreements, the Regulations provide that:

This amendment is relatively unproblematic and seeks to protect transferees from becoming bound by collective agreements which are agreed after the date of transfer and in respect which they had no involvement or input in the collective bargaining process.

7. Collective redundancy law is amended to provide that in circumstances where the transferee is proposing to dismiss as redundant 20 or more transferring employees within a period of 90 days or less, the transferee now has the option consulting on the redundancies before the transfer

The Regulations allow the transferee to consult affected transferring employees before the transfer takes place, however, this is only if;

As can be seen from the above, the amendments made are not as significant as the Government had originally proposed, and the effects on business should be minimal, requiring no more than a “fine-tuning” of existing procedures rather than a wholesale replacement. However, as can be seen from the discussion above, the amendments are not without their problems and ambiguities. It can be expected that some amendments, far from reducing TUPE litigation as stated by the Government, may well provide fertile ground for yet more litigation.

Adrian Hoggarth is Partner, and Louise Mankau is Senior Counsel of Prolegal. 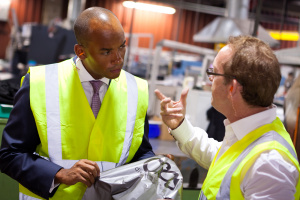 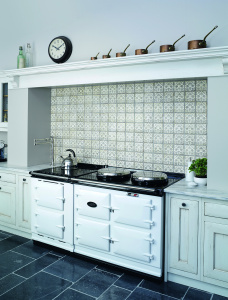