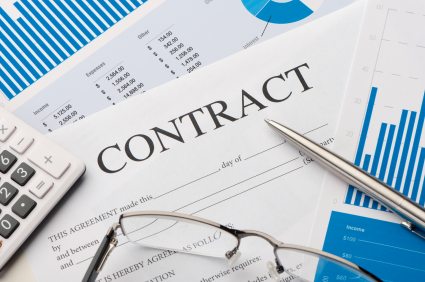 Recent proposed changes to the employment law made the legal alarm bells ring in the business field. The government has tabled an amendment to the Enterprise and Regulatory Reform Bill, intended to allow confidential negotiations to take place before the termination of employment.

The amendment proposes a new section to the Employment Rights Act 1996. It would prevent an employment tribunal from taking into account any offers made or discussions held with a view to terminating an employment.  The Bill already contains a proposal to rename ‘Compromise Agreements’ as ‘Settlement Agreements’. It will simplify the process, the agreement says, perhaps signalling some standard wording. Whether this will be as comprehensive and effective as a well drafted Compromise Agreement is yet to be seen. The ‘protected conversations’ amendment is very limited. It will only apply if a tribunal is considering an “ordinary” unfair dismissal claim and will not apply in the following circumstances: In those circumstances a tribunal can take account of the offer and negotiations in those proceedings and use the findings in determining the unfair dismissal claim. The helpful part of the proposal is that there will no longer need to be a “dispute” between employer and employee in order to seek to rely on the protected conversation rules. It all sounds rather good, but there is clearly a concern that the proposed legislation will lead to satellite litigation dealing with whether a particular conversation is covered by the provision. The provision is expressly limited to “ordinary” unfair dismissal claims. If you, the employer, want to have a “protected conversations”, you need to be aware that anything said can be presented to the tribunal in a claim for discrimination or automatic unfair dismissal.  These days it is rare for a tribunal claim to be concerned solely with ordinary unfair dismissal. Perversely, this may encourage employees to bring these claims in order that the conversation can be aired before the tribunal.  The risk is that employees will resign in response to an offer and bring a claim for constructive unfair dismissal citing the offer as evidence of the breakdown of the employment relationship. It’s hard to see how a tribunal could avoid considering the conversation in those circumstances – it would not even be protected in relation to the breach of contract element of such a claim. There are particular problems with the “improper” exception, which is a vague concept that may be based on previous case law where “without prejudice” conversations have been held to be admissible as a result of “unambiguous impropriety”.  A claimant will be able to assert that something said in the conversation or the offer itself was “improper”. The tribunal will then be required to hear evidence of the conversation to determine whether or not it is “protected”.  Without guidance from the Employment Appeal Tribunal or higher courts on how “improper” is to be defined, there is clear scope for argument that any offer made to terminate an employee’s employment in circumstances where it would not be fair to dismiss is “improper”, which would severely limit the effect of the provision. At this early stage of the bill’s progress, we can hardly predict how useful these provisions will be. But without significant clarification they may add to, rather than reduce, uncertainty in how to deal with difficult situations. They should certainly not be read as carte blanche to speak frankly to employees “off the record” – that might still lead to discrimination or automatic unfair dismissal claims.

Adrian Hoggarth is head of employment and Louise Taft is senior solicitor at Prolegal.