In a world where gadgets and wearables have become commonplace, just how are companies across the watch industry responding?

The Deloitte Swiss watch industry study of 2017 has revealed that 72 per cent of Swiss watch executives do not expect smartwatches to impact sales, while 14 per cent feel the devices present business opportunity.

TAG Heuer is a fine example of a business that has stuck to its heritage, while recognising the rise of the smartwatches and the impact they can make on the watch industry.

The luxury features included straps of leather and velvet, while the smartwatch functions offered GPS, contactless payments and other apps via Android Wear, resulting in a £3,100 price tag.

Jean Claude Biver, TAG Heuer CEO, said: “The intersection between Kingsman and TAG Heuer speaks to what defines a gentleman today: a combination of prestige, avant-garde and access to a connected world.

“Our customers are buying through online channels more and more every day. We need to be where our customers are, which means we need to be online! It is wonderful to be partnering with MR PORTER because it is perfectly in line with TAG Heuer’s ecommerce strategy, providing a new online purchasing platform for the next generation of TAG Heuer fans.”.

Biver’s comment about ecommerce supports Deloitte’s findings that digital is an area of importance for shoppers. The research said 60 per cent of consumers turn to the web for product research, though many still prefer to hit tangible shops when acquiring their watches.

That is perhaps based around the personal nature of the watch industry itself. Shopping for a watch, customers need to be sure it feels right, whether the strap is too tight, the weight is too heavy and if any other adjustments need to be made.

As a result, Durham-based company Tic Watches recognised this changing dynamic. And despite opening as an online business in 2007, the company eventually realised it could further service its customers with a fixed presence on the high street and opened a shop in 2015, which allowed for the introduction of more designer brands.

Daniel Richmond from Tic Watches said “In retail we have seen continued sustained demand for designer watches. The smartwatch has simply added a new revenue stream for most online watch retailers.

“Customers will often buy both a designer watch for evening or professional business appearance with a smartwatch such as the ticwatch or an activity tracker for everyday casual and gym use.”

Stepping away from the high-end scene, and with a further focus on the idea of personalisation and different use cases, you have the likes of Shore Projects. Inspired by the seaside, the brand creates everyday watches and has embraced the concept of social commerce to effectively end up driving much business through Instagram.

Neil Waller, co-founder, Shore Projects, detailed: “From luck rather than skill, we came across cool people creating content and said ‘we love what you do, we’ll send some watches and you can create some content’. We’ve now got to the position where 80 per cent of content we use as a brand comes from Instagrammers.”

Here we have three distinctly different brands, but clearly the methods are working for them, which suggests that, while times are changing, changing with them will ensure the future of the watch industry. 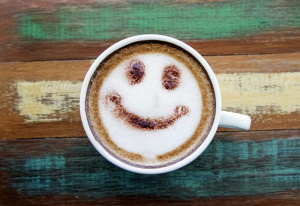 Is your company giving the best impression to new starters?

A round-up of lessons on HR for finance directors