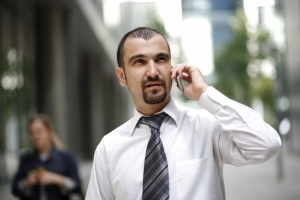 Charities and NFPs have been quick to exploit the potential of mobile technology as an effective fundraising solution to make their limited funds stretch further. This has led to an increasing number of organisations allowing their employees and volunteers to use their own portable devices such as smartphones, tablets and personal digital assistants (PDAs) for work purposes to connect with their supporters and target audiences.

However, PwC’s 2014 Information Security Breaches Report has highlighted that the cost of information security breaches has almost doubled in the last year. For small organisations, the worst breaches cost on average between £65,000 and £115,000 and for large organisations between £600,000 and £1.15m. Furthermore, it was revealed that just over half of the worst breaches were caused by human error (31 per cent) and deliberate misuse of systems by staff (20 per cent). To avoid being exposed, organisations should create a BYOD policy which is communicated regularly to staff, trustees, volunteers and partners describing the data that may be processed on personal devices and best practice security procedures. This policy should also explain what measures will be taken if a personal device is compromised or lost, such as automatically wiping data and/or denying access to network systems to prevent sensitive information from falling into the wrong hands. Greg Ford, managing director of Advanced Exchequer, said: “As charities continue to wrestle with limited budgets and greater demands from staff to use their own devices, now is the time for them to think seriously about BYOD and data security.  “By creating a consistent and coherent BYOD strategy, organisations can mitigate the threat of security vulnerabilities and empower employees and volunteers to use mobile technologies to help generate vital funds, without placing donor relationships at risk.” Image source By Shané Schutte