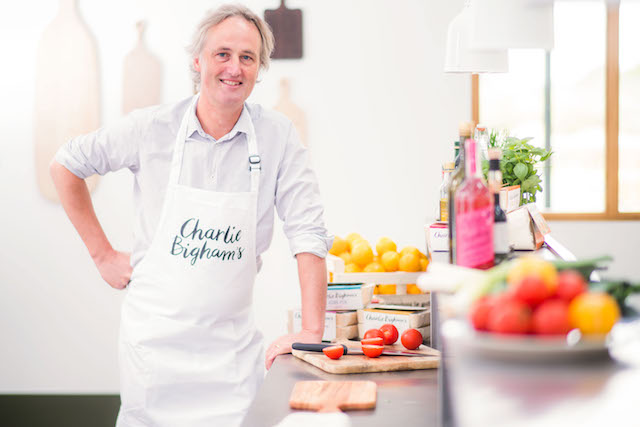 Share via
When we last spoke to Charlie Bigham, the founder of the eponymous prepared meal brand in 2019, the UK was a different place; the economy had recovered from the effects of the 2008 financial crisis and the jobs market was buoyant. Bigham, an advocate of local employment, had created hundreds of jobs via his sustainably built Quarry Kitchen preparation site in his home county of Somerset. But 2020 has brought him and many others new challenges in the shape of coronavirus… Real Business, (RB): When coronavirus emerged in China, did you ever think it would affect life in the UK?

Charlie Bigham, (CB): Just like most people in the UK, although we were obviously concerned by what we were hearing from Wuhan, we could not have imagined that things were going to escalate at the speed and extent they have. We do buy a very small number of items from China (mostly PPE) so we were looking at the potential impact on that supply chain from early January but we didn’t do much more than that. RB: What was your first thought when the outbreak took hold here? CB: Our first thought was how we would look after the health and wellbeing of our team and, having done this, how we would keep our business open. As a supplier of fresh food, we realised from the outset that Bigham’s and other food producers were going to very much have the responsibility to stay open and help keep the nation fed. RB: What was your initial ‘plan of action’ for stemming its impact on your business? CB: The first decision we made was that any of our team who had to take time off, to either self-isolate or because they were unwell, would remain on full pay. We believed, and still believe, that this was both the right thing to do (statutory sick pay at £95.85 is not enough to live off) and would help look after everyone else in the business. We also made an early decision to stop all non-essential visits to our two production kitchens in London and Somerset and to halt all non-essential travel between the two. RB: Have you had to pivot your business? CB: For us, the secret has been to keep the business operating as normal. Where possible, our office-based team has moved to work from home and has been brilliantly flexible in adapting to that change. Our production kitchen teams are working in accordance with the latest guidance, including social distancing and rigorous hygiene practices.

While our costs have increased quite a lot, we have focused on looking after our team through increased sick pay, an additional 10% bonus for production team members, plus free meals during kitchen working hours including food to take home.

RB: How are things right now?  CB: We are very fortunate that Bigham’s has been able to stay open and demand for our food has been strong in recent weeks, with sales up 15% ahead of forecasts since the crisis began. Every week, we typically receive around 200 consumer letters and e-mails and this has not slowed since lockdown. In fact, we have been inundated with heartening messages from shoppers saying that our food is bringing them and their families a little bit of joy through these difficult and upsetting times. RB: Have you seen any changes in consumer behaviour? CB: In the world of food, there have been huge changes since the outbreak took hold: no more eating out and lots of changes in what people are buying to eat at home. There is no doubt that there is a lot more home cooking going on (which, as a keen cook, I’m delighted to hear!) but we are still seeing that people need a night off, mealtime inspiration, or wish to recreate restaurant dining at home – and that’s where we come in! RB: What’s been your highest and lowest moment at work since the virus began?

CB: The low has been following news of the virus – its impact on the country and the challenges it has brought to countless businesses, communities and individuals. The high for me has been the lovely messages that we have had from our neighbours in Somerset and London in recent days, in response to Bigham’s delivering 3,000 free ‘care parcel’ lasagne to local homes.