The chair of the Treasury Committee, no less, is criticising her own Government for failing to protect small businesses from financial exploitation.

Tumbleweeds have been regularly sighted rolling down Whitehall’s corridors of power since this influential committee recommended that a financial services tribunal be set up to provide redress for those SMEs suffering mistreatment at the hands of the financial sector.

Now Nicky Morgan has had enough of the complete lack of action to protect SMES and has accused the Government of “burying its head in the sand”.

This, of course, is a direct result of the paralysing effect of Brexit, where the Government has been transfixed by the political infighting and lack of direction brought about by the UK’s disastrous decision to quit the EU.

This whole unhappy issue has been divisive for both business and the nation as a whole, and a raft of pressing matters – such as SME financial regulation – is being ignored.

In a report, the committee warned that the current system surrounding commercial lending is simply failing businesses.

“Shockingly, business lending in the UK remains unregulated, leaving SMEs outside the protection of city regulator, the Financial Conduct Authority.”

Now, I’m no fan of banks or financial whiz kids but I do recognise that small businesses often need an urgent injection of funds to simply survive, maintain their position or grow.

There will be many owners of SMEs out there who don’t possess the expert knowledge of or, more importantly, the confidence in the lending system – given all that’s happened in the ten years since the financial crash.

So, it’s time the Government acted and introduced meaningful regulation, which in turn will encourage more SMEs to access the funding necessary to expand – bringing with it the economic prosperity this country so desperately needs.

Because, just at the moment, the signs don’t look so rosy.

“The Government has already tried to head off the committee’s recommendation to create an independent tribunal system to protect those SMEs involved in disputes with financial services firms.”

It would rather create a voluntary ombudsman scheme to address complaints from those SMEs with an annual turnover of up to £10m.

The Government’s argument is that it “doesn’t believe there is a clear enough case for bringing SME lending into regulation” and the financial services industry has “changed significantly” over the last decade.

Does the government care about SMEs?

I’d say the Government is running scared of the big financial institutions and surely it was the very lack of regulation and oversight that ended with some of those institutions coming cap in hand to the taxpayer for a massive bail-out.

Regulation is desperately needed so SMEs have the confidence to access funding without the fear that the previous “widespread and systematic” mistreatment of customers never happens again.

“I’d like to remind the Government that, at the beginning of last year, small businesses accounted for 99.3 percent of all private sector businesses and SMEs employed a total of 16.3 million people – 60 per cent of the UK’s private sector employment.”

More importantly, according to the Federation of Small Businesses, the combined annual turnover of SMEs was £2 trillion. As John Major would say a not inconsiderable amount.

The best line to emerge from this whole sorry exercise in booting this vitally important issue into the long grass comes from Nikki Turner, director of campaign group, SME Alliance.

Referring to the fictional ‘Silence of the Lambs’ character, she said: “The idea that because banks are not behaving as badly as they did a decade ago, it’s all OK, is like inviting Hannibal Lecter to dinner because he hasn’t killed anyone recently.” 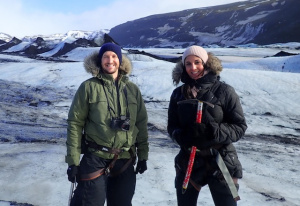 “We got one million hits in two days”, how a selfie transformed a travel business 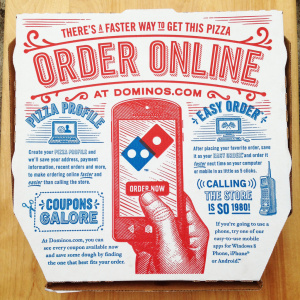