She is pragmatist with a Treasury background, who has held a dozen cabinet and shadow-cabinet posts on her rise to Number 10, and who I believe first and foremost understands the importance of delivering the conditions that UK PLC needs to thrive.

May was the sane “last woman standing” in a soap opera that must stop now, so we can get on with the job of returning the economy to the state and standing it had before the fateful EU membership referendum.

For me, Theresa May stands for continuity of government and will continue the work former prime minister David Cameron has done with the economy since 2010, by skilfully forming a “new coalition” between pro-Remain and pro-Leave conservatives.

Evidence of this is already clear as she has moved quickly to appoint a mixture of ministers from both sides of the philosophical divide, including Phillip Hammond, Amber Rudd, David Davis and even bringing Boris back in her first cabinet.

I am also impressed with the creation of a combined business and energy department that will help focus on the industrial strengths of this country and drive innovation and technical expertise that will be envy of the world. As such, I am confident that once the dust settles there will be the same dedication under May to securing the promised 3m apprentices in this current parliamentary term.

And I do not have any fears that her vast experience as home secretary and in the Treasury will be anything but an advantage to the UK, when it comes to walking the inevitable tightrope between the demands of the skills gap at the core of the economy, and those of the vehement anti-immigration activists on the right.

This is also a good opportunity to praise the work of Cameron. As I mentioned earlier, his work on the economy was outstanding and should be recognised. When he came to power in the dark days of 2010 the country was in a terrible place. Mired in recession he, along with his faithful chancellor George Osborne, took some bold decisions that dug us out of a huge economic hole.

He introduced some hard and unpopular measures on spending, rather than continue to borrow more to win short-term popularity. And, like Margaret Thatcher after her 1979 election victory, Cameron placed his faith in some of the basic values that underpin the Conservative Party, trusting that if he gave businesses, especially small enterprises, a little encouragement they would repay his confidence with dividends that would drag the economy out of recession.

And just like those of us in business who count ourselves as “Thatcher’s children,” a new generation of small businesses and entrepreneurs rose up in their hundreds of thousands, set their stalls out, marketed their products and services, employed people and paid taxes. Between 2010 and 2015 760,000 new businesses were founded ensuring Britain had a record number of 5.2m small firms.

Throughout his political career, first as leader of the opposition, then as PM under coalition conditions, Cameron did the best for his country, often at personal and political cost to himself, and for me that elevates him way beyond being merely a successful politician, and into the realm of true statesman.

Even during the post-referendum vote furore he kept his head. Devastated as he must have been on June 24, Cameron could have immediately triggered Article 50 of the Lisbon Treaty, as Boris, Gove, Farage, Leadsom et al would have liked. But instead he refused, and walked swiftly away from the office he had devoted so much of his live to winning.

And in that final act, by rejecting petulance, or any thoughts of hanging on for personal gratification, Cameron saw off his enemies for the good of the nation, and set the stage for May to lead us back to sanity.

Also, George Osborne has quit his role, which has left new PM Theresa May to name Philip Hammond as his replacement. 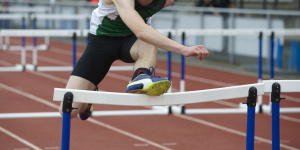 IP and the Olympics: Don’t fall at the first hurdle 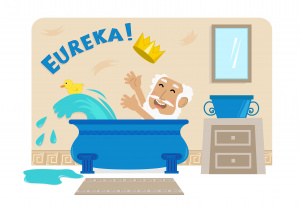