Entrepreneurs are often successful simply because they have the courage to stand by their convictions. After an eight-year legal battle involving self-employed plumber Gary Smith, I feel my conviction in opposing his claims has finally been vindicated after an employment tribunal ruled he was not entitled to holiday pay.

The whole fiasco started back in 2011 when Mr Smith sued Pimlico Plumbers for employment rights, including back-dated holiday pay. This was despite the fact he was a self-employed plumbing contractor who had signed a contract to that effect and who had earned more than £500,000 during one three-year spell with the firm.

I fought his claims all the way up to the UK Supreme Court, which disappointingly concluded he should be classed as a worker rather than a contractor and therefore qualified for certain employment rights. However, last week an employment tribunal in Croydon came down in favour of Pimlico – concluding he was not entitled to an eye-watering £74,000 worth of holiday pay.

I have opposed this case since its inception because it was all about one highly paid self-employed contractor using an employment law loophole to set himself up for a massive payout.

The previous legal reversals hurt me personally and were a black cloud over what is a successful and growing family business. I felt a very real sense of injustice. Let’s not forget this was someone who, during his time with Pimlico Plumbers, operated on a self-employed basis, bought his own tools and materials – on which he reclaimed tax.

He also claimed for an office in his home, chose when he wanted to work, and employed his wife to carry out secretarial tasks, which were also offset as a business expense.

However, my indignation was magnified a million times by the fact that those with any sort of axe to grind swiftly emerged from the woodwork to accuse my firm of exploitation and riding roughshod over the rights of poorly-paid workers.

That was one of the worst things about this whole nightmare episode, as anyone who knows me, knows Pimlico operates on an ethos of family values and goes the extra mile for its people.

Those companies which exploit its workers don’t offer a subsidised staff canteen, an on-site gym, a masseuse, morning and afternoon breaks and regular staff events, including a lavish Christmas party. Instead, lazy and ill-informed critics jumped on the bandwagon and lumped Pimlico Plumbers in with the very worst excesses of the gig economy.

This case was as much about the gig economy as the Lorraine Kelly ruling last week when she won a row over a £1.2m tax bill. HMRC had argued the TV presenter was an ITV employee but she appealed and successfully argued she was self-employed. From the moment I set up Pimlico in 1979 I was determined it would operate to the highest standards possible – setting the company apart from the many cowboy outfits which, at the time, were giving the trade a bad name.

That’s why I introduced a transparent pricing structure, insisted my people were well-turned out and wore smart uniforms and, above all, were polite, friendly and delivered excellent service. For a while, the good reputation gained through 40 years of hard work seemed to be unravelling as we were compared to every two-bit taxi firm, food delivery service, and courier company.

A highly-skilled plumber can get work and be very well paid for it, pretty much anywhere. Mr Smith chose Pimlico because we did the leg work to give him the jobs that earned him a fortune. This is a long way from the poor low-paid workers in the real gig economy.

These false and vicious accusations not only hurt me personally, but I believe damaged the hard-earned good name of my firm. Mr Smith’s claims have already cost this firm hundreds of thousands of pounds and after the tribunal’s decision, I instructed my solicitors to seek costs from him. If granted, these will be donated to charity.

The message I wish to send out today is that sometimes people must have the courage in their beliefs to fight injustice and I hope this sends a strong message to those who have criticised Pimlico in the past that it has done nothing wrong. No-one wants to see the rights of any worker trampled over, but the same applies to SMEs, which are the backbone of this country. Their rights must also be vigorously defended. 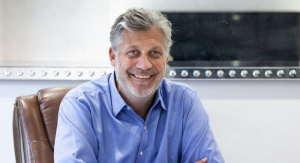