But when it comes to business, fashion and the workplace always have a turbulent relationship. Of course, during the 70s, even the bowler-hatted businessman saw the hem of his trouser legs widen, while skinny ties in the 80s and, in fact again in the last few years, became more common place.

However, while those two examples gave a nod to the trends of the time about them, they still reflected something particularly important, that a smart dress code in business is a good reflection of a company and its people.

I cannot underestimate how highly I regard this issue. At Pimlico Plumbers all our call centre guys and managers, and myself I should add, wear a shirt and tie as part of our uniform, which demonstrates not only our corporate image, but our respect for the business and our customers.

But it’s also about how our staff go about their jobs. To my mind, a relaxed dress code leads to a relaxed attitude.

For obvious reasons it’s not practical for our engineers to wear a shirt and tie, but the ethos of a smart appearance extends to their famous blue and red uniforms as they are the first people our customers often come into face-to-face contact with.

Ultimately, it’s all about how staff are perceived by customers. After all, first impressions in business, as in life, are essential.

This attitude has been adopted by Plymouth council, which is cracking down on the far too casual dress of some of its licensed Hackney cab drivers. The council received complaints, mainly from other cabbies who felt their casual counterparts were letting the side down.

As a result, cab drivers are now banned from wearing jeans and T-shirts, football shirts, hoodies and flip flops – although I thought the latter would be common sense among cabbies as driving in that footwear is pretty dangerous!

Director of Plymouth cab company Tri-star Taxis, Shane Jacobs, was quoted in the Telegraph saying: “I think some drivers are bringing down the reputation of the industry and they look like they just crawled out of bed and it looks awful”.

And he makes a good point. The tipping point of US tech company workers swapping the business suit for polo shirts and chinos, which spread round the world faster than Concorde, has gone too far as a decent workplace dress code has been gradually eroded.

It is also something that has eaten its way around the edges of society. I have written on numerous occasions before about the number of people who have come to Pimlico for interviews, and not just young people, who were dressed completely inappropriately.

They failed to make a good first impression and demonstrated in the first millisecond of the meeting that perhaps they weren’t serious about the job and couldn’t be bothered to represent themselves professionally.

Now I don’t believe I am being old-fashioned or out of touch with this. Portraying the best possible image and professionalism for a business are timeless classics that should be essential elements of any discerning business’ wardrobe. 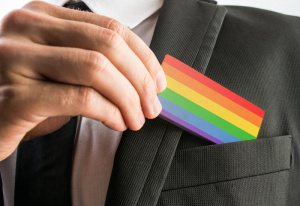 Beyond the closet: Why harnessing the power of LGBT+ entrepreneurs is important for our economy 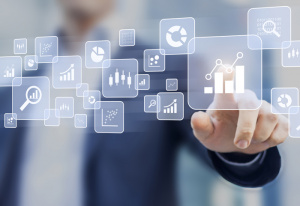 The technology tools that will help you prosper in 2018