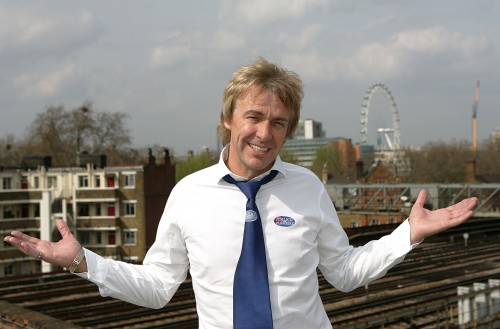 One of the business buzz-phrases of the last seven days has been ‘skills shortage’, which to me, and many others, is about as unexpected as Kim Kardashian posting another ‘selfie’ online.

At the beginning of the week The Chartered Institute of Purchasing and Supply (Cips) highlighted a lack of skilled tradespeople will impact on the pace of growth in the construction industry, which was echoed by Steve Morgan, boss of house builder Redrow when the company announced its latest results on Tuesday. Then, according to a survey published on Thursday by the Confederation of British Industry (CBI), nearly half of businesses in London believe there is a skills shortage, whilst 66 percent said they had personally experienced difficulty in finding skills applicants. Well, I’m sad to say, I am slap-bang right in the middle of that group. At Pimlico Plumbers we are finding skilled plumbers and heating engineers to be harder to come by than a prolific English goal scorer. This has led us to look beyond the boundaries of the South East to try and encourage experienced, skilled engineers from across the country to relocate to the capital. Of course, this is no easy decision to make, but there are a people all over the country who understand that they have to get on their bike, as Norman Tebbit so brilliantly put it, to earn a decent living. And that’s what we’re offering, even by London standards. We have plumbers, who put the work in, that earn £100,000 a year, which I am happy to pay if they have the skills and experience required to meet the standards expected by our business and our customers. This is essentially the same as migrant doctors and nurses heading to the UK to earn a bob or British engineers in the oil & gas business heading overseas to secure impressive wages in markets where skills are at a premium. It’s an immediate solution to a long-term and deep rooted problem. Of course we have to push on with what the CBI’s London director, Lucy Hayes, says to “seize the opportunity to work with schools and colleges to ensure that London students are equipped with the skills firms want”, but this is a really a case of too little too late. We are suffering from a lack of investment in practical, vocational skills thanks to Tony Blair’s university-focused ‘education, education, education’ agenda. While this was masked by the supposed ‘golden years’ of the Labour administration and then the recent recession, the chickens are certainly coming home to roost now the economy has picked up. There’s an increased demand for products and services, but not enough people to deliver them! Anyone who’s read this column or heard me discussing this issue elsewhere in the media will know I’ve been banging on about this for years. Although some have started to listen, particularly in Government, we are going to be playing catch up for some time to come. As much, as much as it pains me to say it, the country only has itself to blame. Charlie Mullins is the CEO and founder of Pimlico Plumbers