Unfortunately, for those wanting to leave school for an apprenticeship rather than taking an academic route there isn’t as many options as there should be.

Transforming the potential of an enthusiastic young person into a highly qualified tradesperson by means of an apprenticeship shouldn’t be difficult, but for some reason we in the UK are still struggling with this most basic of concepts.

Our problem historically with apprenticeships stems from our undervaluation of their social and economic value, and our insistence in making their provision much too complicated.

Under this government much has been done in dealing with the first part of the problem. I have met many young people with a bucket full of good A-levels who want to be plumbers and electricians.

We still however haven’t managed to come up with a simple system to get the number of bodies in the field training to be this country’s next generation of skilled tradespeople, and the newly announced apprenticeship training system doesn’t help.

It’s too complicated, and rather than making it less burdensome for small businesses to hire apprentices it creates more work and worry.

The new system is well intentioned. Employers paying 33 percent of training costs with the Government picking up the rest, there is more money going in, but it’s difficult to get at it. SMEs need to spend more money to retrieve what they are owed, and to be quite honest I believe many will not try.

Another issue for SMEs, especially those who are only ever likely to have one or two apprentices, is that they aren’t in a strong position to get a good price for their training, compared to corporates, buying by the dozen or even greater.

But let’s not beat around the bush here, the real business of training apprentices happens in the workplace and involves paying wages, supplying uniforms and other benefits.

Mine cost me about £50,000 over three years and most of that’s wages, and that is still the biggest reason why small businesses don’t and won’t employ more apprentices.

There is, however, a simple alternative and it fits perfectly with the government’s stated goal of putting apprenticeships on a par with university degrees. Treat apprenticeships as part the education system, not a subset of industry.

Significant public money goes into universities, into educating over 16s, who choose to stay at school or college, and then there’s the cash that’s wasted on Job Seekers’ Allowance.

The solution is to directly fund employers, which for starters might mean paying Job Seekers’ Allowance straight to an employer for each apprentice taken on.

In reality however, I’m convinced that what we need is a fully-funded, nationally-organised apprenticeship scheme that provides an apprenticeship for any young person who wants one.

Yes there is a significant up front cost, but the economic and social benefits to the UK would be immense.

The creation of a well-funded universal entitlement to an apprenticeship policy would attract employers by the droves and we’d all benefit from a wave on new apprentices whatever sector we operate in. Surely that’s a future worth investing in?

More from Charlie: Why your business should take on an apprentice 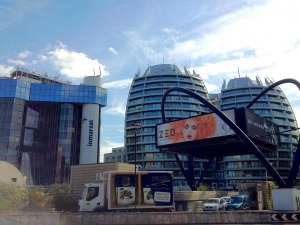 Social media in the boardroom 101