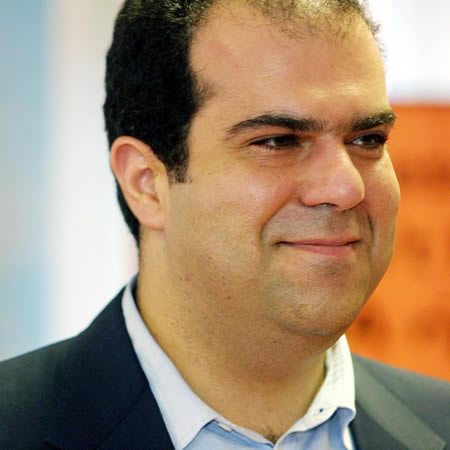 Share via
Sir Stelios focused on the importance of giving back to society and talked about his competition to find the best disabled entrepreneur in the UK, which is a great idea and so important. No matter how many equal-opportunity employment laws come out, people with disabilities still get a raw deal when it comes to finding work. According to Sir Stelios, 50 per cent of disabled people are unemployed. I’ve always been keen on the idea of helping those with disabilities. I worked at Long Lane Garden Centre (a Warrington-based plant and vegetable retailer, which provides supported employment and training for adults with learning disabilities) during my stint on Secret Millionaire. The volunteers there were the salt of the earth and the kindest people I’ve ever met. Sir Stelios should be applauded for his work and I hope many other business leaders follow suit. I, for one, would love to work with him on this or even start up something very similar myself. The other day I was asked by the BBC World Service to give my views, as a British business owner, on what should be done to cut the country’s deficit without harming the business community. While savage cuts will be a tough pill to swallow, I accept that the worse the medicine tastes, the better it is for you. For me, there are three main areas to target. First, I would cut the civil service. If the public sector shed ten per cent of its workforce, there would be a saving of around £1.2bn. Now that may just be a drop in the ocean when you consider the size of the deficit, but it’s a start. Ideally, I would like to strip out 50 per cent of the workers in the civil service. Of course, these people would have a major impact on the unemployment figures but the business community has to be encouraged to take these people on. Rather than being a drain on the country, they can become a benefit by working in the private sector and creating wealth. I would also seriously address the benefits system. For too long, it’s been more lucrative for people to be on benefits than in work. This has to stop. Thirdly, and maybe most contentiously, I would look very closely at the amount of foreign aid we provide. We’ve got to look after our own people first, and right now millions of them are out of work and we owe something in the area of a trillion quid!  And here’s the rub: when a disaster hits China we send them money which we borrowed from them in the first place. Of course, it is in our nature, as Brits, to help others in need around the world. But you can’t give what you don’t have. It will be a tough road ahead but, as I’ve said many times before, with the right support and incentives from government, business can make the journey a little less painful.