Keen to have his side of the story shared, Charlie Mullins provides some detail behind the case that saw one of his workers secure the right to call himself a “worker” – and access additional rights.

I’ve always been a strong advocate for self-employment. It’s how I got going in business after my apprenticeship and this country is built on the drive of self-employed business owners and entrepreneurs.

However, there is another category of self-employed who contract their services out to other businesses. These people also make a valuable contribution to the economy, but unfortunately this has become an increasingly grey area in the law, which is also contributing to the coffers of lawyers.

Last week Pimlico Plumbers lost its Court of Appeal case against a claim by self-employed plumber Gary Smith, who had a contract with my firm, and who wanted to reduce his working days after he suffered a heart attack.

His lawyers claimed he was a worker and not a self-employed contractor and, therefore, he was entitled to benefits like sick pay and holiday pay that are given to those on PAYE.

As you’d expect, I was very disappointed with the outcome, because, in the case of self-employed people like Gary, it looks like the courts are happy for them to have their cake and eat it. And, by adding the term “worker” into the mix, they have made the whole thing more confusing for businesses and the self-employed alike.

Let’s be clear, Gary enjoyed the tax benefits of being self-employed, including paying 20 per cent corporation tax and claiming relief for things such as £520 per year to reflect the use of a room in his home as his office.

He also hired an accountant to prepare income and expenditure accounts, filed tax returns on the basis that he was self-employed, was registered for VAT and paid his wife £4,600 to work for his business.

Gary also knew he was going to carry out jobs for the company as a self-employed contractor, not a full-time employee, and had done so for six years before his health deteriorated and he wanted to change his arrangement with Pimlico.

Crucially, due to his self-employed status, Gary also earned considerably more than if he was on PAYE – more than double in fact, making around £80,000 a year from the jobs he was given by Pimlico Plumbers.

In addition, not only was he supplying his own materials, as contractors do, he was able to mark them up by 20 per cent, which would have netted him up to another £10,000 in his last year contracting to Pimlico.

And, in my view, this also places this particular case outside of the debate surrounding the so-called “gig economy”. Here, we’re not talking about Uber drivers or self-employed parcel couriers who are lucky if they take home a few quid per hour. These are highly-skilled tradesmen who can demand decent earnings for the use of their talents and experience.

The top earning self-employed tradesman at Pimlico Plumbers in our last financial year was paid more than £200,000 for his efforts. And quite a few earn upwards of £100,000. They have nice homes, nice cars and nice lives. But most of all, they have a choice.

Due to the well-reported skills shortage of the last 20 years, experienced tradespeople are at a premium – so it’s a “plumbers market” where they can demand high levels of pay. This also means they have a choice of where they can work and for who they work.

By working for a company like Pimlico they can be sure to earn decent money as self-employed tradesmen because of the growing number of jobs we can send their way. We’ve gone from being a £10m company in 2008 to, currently, achieving sales of around £35m – and they’ve directly benefited from that growth.

We are not exploiting our contractors in a way that other companies operating in the “gig economy” have been accused of doing. These guys are associating themselves with a highly-respected, profitable company that is providing them with jobs that are giving them a very substantial income.

Despite the court ruling, which I am considering appealing to the Supreme Court, I thought that whatever happened, it would give some clarity on the situation, even if we became the first SME sacrificial lamb in this debate. Unfortunately, that’s just not the case.

Common sense says that someone should either be an employee, who pays tax as they earn, or they are self-employed. That’s it, end of story.

But now we have the “worker” classification, which has just made it a million times more confusing for businesses and only serves to fill up the pockets of lawyers and cram court timetables with baseless claims.

Charlie Mullins is a weekly columnist for Real Business. 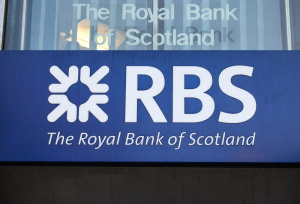