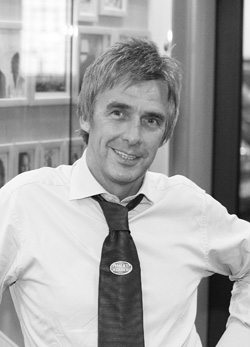 This has become the hot issue for businesses ahead of the election and I?m happy to join the business leaders who wrote to the Daily Telegraph last week condemning the rise and impact it will have on the UK economy.

I remember when tax was about the bad things in life like smoking, drinking and polluting. Now, businesses are being taxed for doing the right thing: employing people. By raising National Insurance, recruitment will grind to a halt, as will any hope of wage rises. Why would any business owners want to recruit more people when it hits them hard in the pocket? This will stifle the private sector and dissuade entrepreneurs from growing and expanding their enterprises.  The only hope for preventing this, apart from a government u-turn (which is as likely as Gordon Brown admitting he?s done a bad job), is for George Osborne to take control of the Treasury after the next election. He?s proposing to abolish the National Insurance rise for workers on the basic rate of tax, as well as (and this is the best bit for business owners) scrapping the rise in employer contributions. This is common-sense thinking, which will save businesses such as mine tens of thousands of pounds, which can be used to employ people. For a country that is in such huge debt, it is suggested by the doubters that Osborne?s plans cannot work because the country needs to pay off its deficit. The National Insurance rise will be just one per cent of the total government budget. When you consider that Gordon Brown was quick to take two per cent, ?12bn, from his funds in 2008 when he cut VAT to 15 per cent, why the resistance to abolishing the dangerous hike in NI? I mentioned in last week?s column that a couple of lads from the Prince?s Trust team joined us on work experience. Well, one of them, Connor Watkins, has been working on a community project helping elderly people. He?s been out fundraising for the project and dropped into Pimlico Plumbers armed with boxes of Krispy Cr?me Doughnuts to sell to our guys. When I was a kid, we?d sell cakes our mums had baked to raise a few pennies. I?m glad there are young people out there willing to help others and demonstrate commitment.