I’m not usually one for the business speaking circuit; you know the kind of stuff, the ones that promises to transform the way you do business in 90 minutes, as long as you buy the book at the end.

To be honest, I’m generally too busy working hard to go in search of the latest, miraculous, get rich quick solution.

But I did see something the other day from one of these speakers, a bloke called Tom Flatau, which shocked me to the core.

We Brits are 30 per cent less productive per person than the average German, and the same goes for the average American.  Even the French are way ahead in terms of what they produce – and that really smarts.

First I thought maybe the figures were some kind of manipulation of statistics, but it turns out it’s all for real and even the Bank of England is worried because the gap is still growing.

Even if you take all the G7 economies we are 21 per cent below the average of the other six (France, Germany, Canada, the US, Italy and Japan).

According to Flatau it’s all about the “Neuroscience of Employee Engagement”, which on the face of it is just the type of mumbo jumbo that would generally make me switch off immediately.  Especially when it seems to me that up-skilling UK plc is the solution.

And by this I mean, yep, you guessed it: training more apprentices to do the work we so desperately need doing in this country.

It’s a complete no-brainer; low-paid and no-paid jobs are not going to close the gap between us and our European neighbours, but if everyone was earning £2,000 plus or more a week like my skilled tradesmen, we’d be the most productive country on the planet. End of story, surely?

Well, not exactly. It’s definitely the case that creating three million more apprenticeships before 2020, as prime minister David Cameron has pledged to do, will get things moving, smash unemployment and the skills gap, sort out inward immigration and even slash crime figures.

But it’s also true that people need to want to work if all this is going to happen, and that’s where this ’employee engagement’ concept comes in.

If people aren’t happy in what they do they won’t produce well, no matter how much you pay them. This is something I’ve learned during my 35 years in business.

It’s why we have massage therapists visit Pimlico Plumbers every Friday, and why I have a subsidised canteen with a chef and daily specials. We also have quiet areas around the building, a roof terrace and we’re organising more and more staff social events.

So I’m thinking Flatau might have a point, and solving the UK’s skills gap might be a bit easier if a lot of employers dragged themselves into the 21st century and realise that a happy, motivated workforce is a productive one, and anything they can do to achieve this is going to benefit their businesses. And that might even include looking into this neuroscience thing! 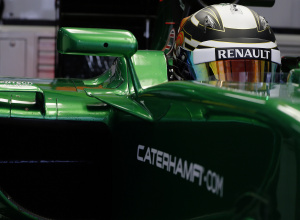 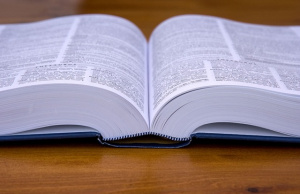