Entrepreneurs are, by their very nature, the archetypal eternal optimists and have the drive and determination to make a success of their businesses, which, in turn, creates employment and boosts the tax take for government coffers.

Unfortunately, even this enterprising band of brothers and sisters is not immune to the icy cold touch of devious city traders and out-of-touch economists who are the self-appointed controllers of the mystical entity that is “business confidence”.

Despite being as reliable a science as predicting the outcome of the Grand National, pinpointing the state of business confidence can have dangerous consequences. In fact, it can only become a self-fulfilling prophesy as bosses put off or even cancel growth plans and decisions when they read of low confidence.

There is, of course, the other side of the coin where reports of growing confidence can perpetuate more opportunities for business. Obviously you can’t choose to only disregard the negative, but you can have more confidence, excuse the pun, if the source of the positive comes from real businesses.

Rather than skewing the financial markets with a dodgy prediction or reviewing historic trends from mountains of paperwork, simply asking bosses how they are faring and feeling surely has to be the best barometer.

The most recent piece of research of this kind has come from accountants Grant Thornton, which questioned more than 10,000 businesses worldwide. The firm found that British businesses have entered 2016 more optimistic than those in almost every other country, with high hopes of rising profits and job creation.

Some three quarters of UK bosses questioned said they were hopeful for the coming year, which was only surpassed in Europe in the survey by Ireland.

I’ll back up this confidence level with my own experiences at Pimlico Plumbers where we’ve been breaking sales records on a regular basis over the past few months, most recently in November where we clocked up our highest ever turnover figure, £2.63 million, for a single calendar month.

These smashed records came before the traditional post-Christmas busy period, so things are looking good for 2016 and we’re on an aggressive recruitment campaign to find another 50-odd engineers to meet demand.

Undoubtedly, these surveys cover all manner of businesses with a broad brush and for some 2016 will be a tough year. There’s also the EU question hanging over the country, the powder-keg situation in the Middle East and the fluctuations in the Chinese stock markets, all of which will go some way to dent how we feel about doing business in this country.

That said we are still shaking off the after effects of the financial crisis, the recession and the economic mess left by Labour, which has helped give entrepreneurs and business owners much thicker skins and increased resilience to overcome the challenges ahead.

We have to continue to exude confidence to breed confidence. We can do that by doing what we do best, being innovative, daring and ultimately being the best entrepreneurs we can be. Happy New Year! 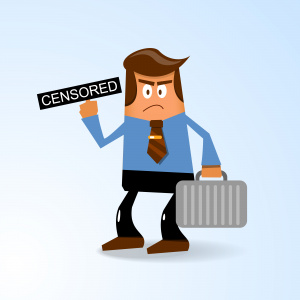 The 10 biggest fears in the British workplace 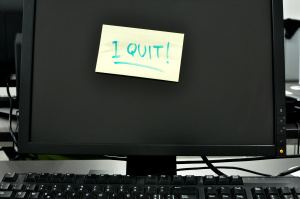