My wife and I often visit friends in South Africa but each time we go we are more and more shocked by the graphic effects of an endless supply of extraordinarily cheap labour.

A straight forward example for you. We spent a few days in the very pleasant seaside resort of Wilderness on the beautiful Garden Route. There we were amazed to see some men digging out with shovels the foundations for a new apartment block. Not a JCB in sight. Why? Because the cost of a general labourer in sterling terms is just £2.50 a day.

Much of Africa continues under the slough of corruption and South Africa is seen as the honey pot. It naturally attracts enormous levels of unskilled immigrants in search of something better, thus continuously depressing wage rates. The result of all this is that the white Afrikaans, together with a smattering of fortunate indigenous blacks, have grown lazy and inefficient and why should they be otherwise, given they have an endless supply of cheap labour to do their every bidding?

An extreme example maybe but I suggest there are elements of South Africa’s situation that have come to pass here in the UK. We can see this in agriculture and the hospitality industries where howls of anguish can be heard at the prospect of Brexit turning off the tap of cheap labour from Romania to Poland. But should we listen? Step forward William Chip from the Center for Immigration Studies, Washington DC.

In a letter to the Financial Times he wrote: “In the 1997 report of the National Academy of Sciences to the US Commission on Immigration Reform (appointed by Democratic president Bill Clinton), the most exhaustive effort in American history (was made) to arrive at a fact-based, non-partisan foundation for immigration policy. A 2016 version of the report has been summarised in a ‘User’s Guide’ by Harvard professor George Borjas, one of its contributors.

“According to the guide, current immigration flows are estimated to increase the income of native-born Americans by $50bn (about three-tenths of one per cent of total GDP). However, because historically high levels of immigration have lowered wages by five per cent, that £50bn net benefit is accompanied by an annual wealth transfer from employees to employers of $500bn, which helps explain the ‘xenophobia’ of president Donald Trump’s working-class supporters. What employee would be comforted to learn his $500 pay cut made his boss $550 richer?”

So academic research suggests the benefits of cheap labour to most of us are a mirage, what does common sense tell you? A persistent user of unskilled immigrants is the agricultural crop picking industry. It protests that it must have a steady supply of such or we won’t get our strawberries, etc, but that line of reasoning can only breed inefficiency, low productivity and dulled entrepreneurialism. As night follows day, when that cheap labour is taken away, the more dynamic industry leaders will automate, productivity will shoot up and we will all wonder what the fuss was about.

Of course automation is not so easy to achieve in the hospitality industry but I suggest here things have become artificially cheap. A good example of this is a survey by Manchester University (reported in the Daily Telegraph) has found we no longer think that going out to eat is anything special. Indeed the researchers found eating at a pub carvery or an Italian restaurant has come to be regarded as a cheaper and easier option to cooking at home.

Where does it say in Thomas Paine’s seminal work, “The Rights of Man”, that it is every Englishman’s inalienable right to dine out every day of the week (I hesitate to say British as everything in Scotland is subsidised anyway, so may not apply up there)? If the end of cheap labour means that restaurant/pub prices have to increase so be it. The good will survive and we will value the experience.

Finally, we come full circle to the South African experience. Yesterday through the door popped a leaflet drawing my attention to a planning application from a nearby polytunnel operator to install 20 static mobile homes/caravans to house 80 pickers and security staff. South Africa is of course awash with shanty dwellings on the edge of towns servicing better off inhabitants therein. Is the same set up about to come here? Another reason to vote for Theresa May on June 8th. 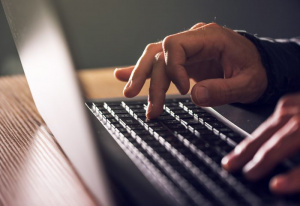