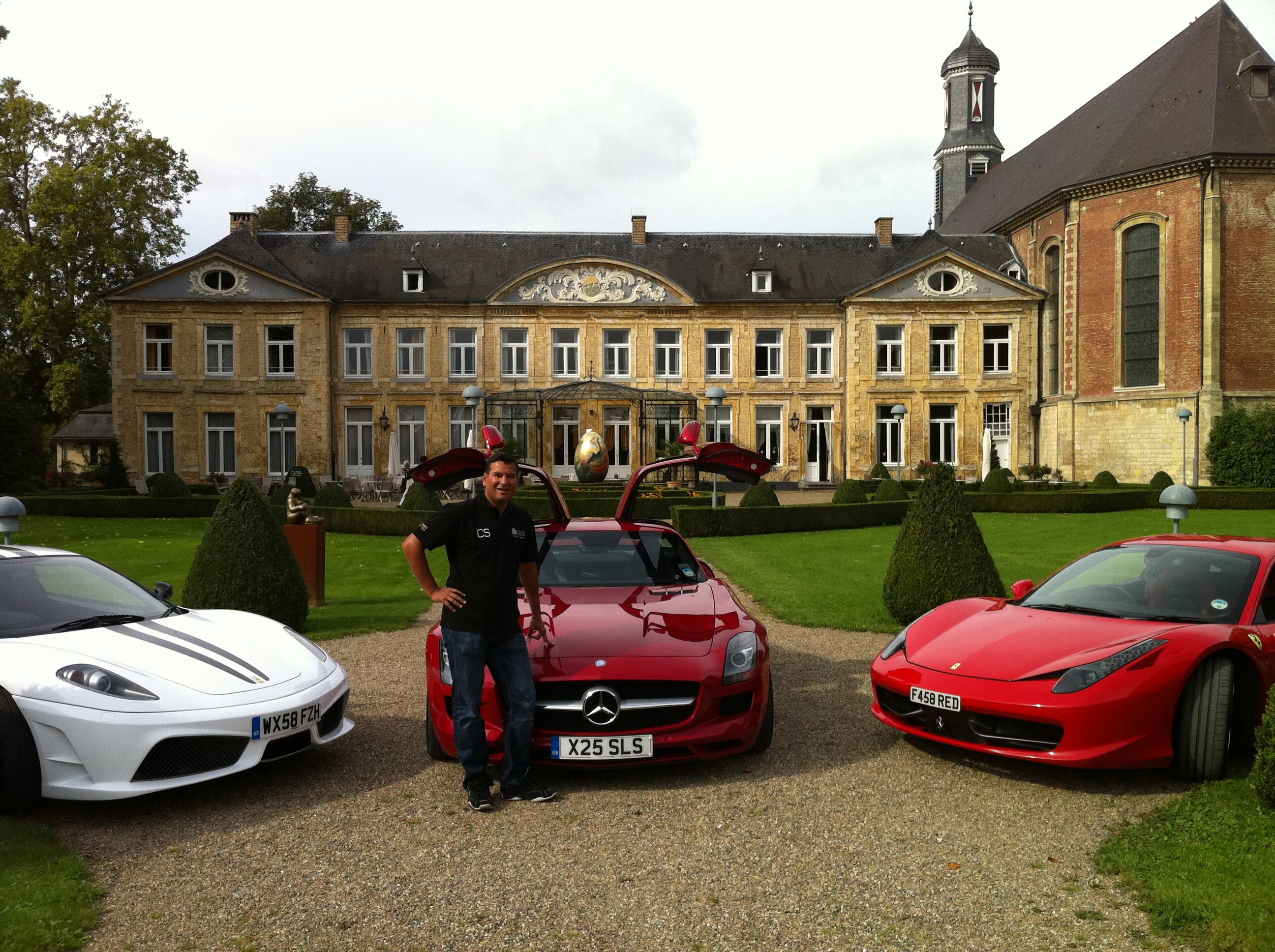 I know it?s a cliche, but I bet I get told I have the best job in the world more often than anyone else. For me the idea of a business trip is hosting guests at the Monaco Grand Prix?whilst drinking champagne on a yacht.?Maybe Bernie Ecclestone’s job is better – but then he doesn’t get to drive in his own product.

Fisker Karma (electric hybrid). Driving on just electric power is exhilarating and good for the soul. Plus I always have the stable of Ferraris and Lamborghinis back at the club when I need more of an adrenalin rush.?

Economy with Business Class upgrades when I have sufficient air miles.?

In 2004 I opened a new office in Chicago and bought a Ford Thunderbird. By the time it had arrived I decided to return to the UK. I couldn’t face selling it, so I shipped it back with me to London and it has been in my garage with 1000 miles on the clock ever since.

Most played song on iPod:?

I can’t be bothered with downloading music – I’m just happy to listento whatever’s on the radio. My favourite song is Goodbye Yellowbrick Road by Elton John.

“Crossing the Chasm” by Geoffrey Moore – a ‘must read’ for all early stage entrepreneurs struggling with growth cycles.

October 14th, 2008 ? four weeks “post-Lehman” we had literally sold nothing for a month. I told my wife that I would have to shut down if we did not make any sales by Friday. On Friday, the Bank of England officially announced that we were in a recession and for some bizarre reason that I will never understand we made three sales that same day.

Receiving a Sunday Times “Best Companies to Work For” award in 2006, because it is something that employees of a company apply for and not management.

Lord David Sainsbury, through the Sainsbury’s Management Fellows Scheme. He has formulated a programme that combines business education and peer-to-peer networking to help young engineers become successful business leaders and that has been a great inspiration for me.?

A friend and I have just launched a new iPhone game called Assassin Live – it takes the game of Paintball into the real world by tracking and shooting each other using the GPS on users’ iPhones.