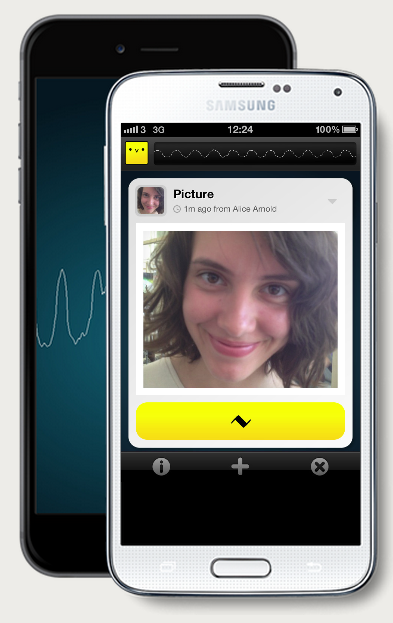 Although it was launched in June 2014, the LCIF made its debut tech investment via Crowdcube in April 2015 when it pumped 100,000 into gamesGRABR, a social network for gamers, alongside the crowd.

Chirp is hoping to continue that trend and has launched a campaign on Crowdcube in a bid to raise 400,000 from investors. If the target is successfully met before 30 June, the LCIF will charge the file sharing business with an additional 100,000. The capital would allow the company to scale commercially and develop the platform further. The first step in that part of the strategy comes with the new launch of a software developer kit, which will allow third parties to access Chirp and power any app’s content sharing, media campaigns, payments and more.

Of course, the likes of Dropbox, WhatsApp et al support file sharing, so businesses and consumers have a wide selection on the market. However, the Chirp design means a web address, password, device pairing and internet connectivity are all barriers to entry that are removed, with the sound acting as the tool powering the transference.

The patent-pending tech used by the business provides devices the means to sing data to each other through an audio clip known as a chirp. Videos, images and text can be shared from any devices that use sound, such as radios, TVs and toys, while the Chirp app is downloadable from the App StoreAnd Google Play. Patrick Bergel, Chirp founder, said: Were a small company with big ambitions were building an internet made of sound. Were delighted how people have embraced Chirp to share information. Its even more exciting to have a long waiting list of developers wanting to get their hands on our SDK, so their apps can sing too. “We have recently expanded the technical and commercial team and brought in Richard Mann, the former COO of Mobile Interactive Group (MIG) to take over the reins as CEO. Richard has taken mobile businesses from startup to exit, and his experience has already been a significant boost to the company. By Zen Terrelonge