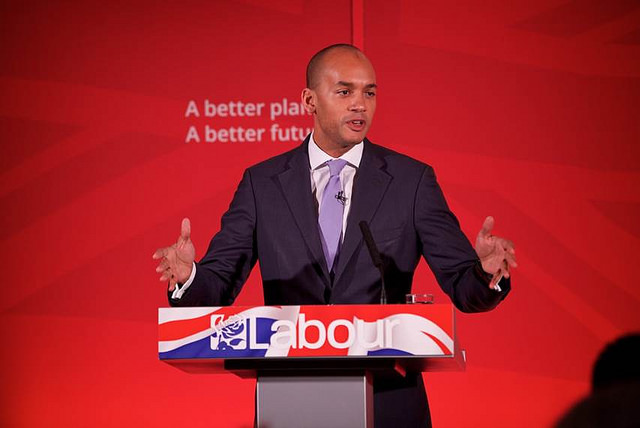 In a parting speech, Miliband said it was “time for someone else” to take over the Labour party and that he was “truly sorry” he did not succeed.

Shadow care minister Liz Kendall was the first person to declare an intention to become opposition leader, suggesting that it “may be time” that Labour had a female leader. After being asked if a female Labour leader would have a better chance against David Cameron, she explained she “[didn’t] know”, but hoped that “people would judge [her] on the strength of [her] arguments”. Kenall argued that Labour needed “to blast out of these old debates about Blairite, Brownite, old Labour, new Labour and create something new rooted in people’s values and concerns”.  Meanwhile, shadow home secretary Yvette Cooper and health secretary Andy Burnham are reported to be planning to make a stand, but have yet to declare it. Shadow education secretary Tristram Hunt is also a potential candidate.  The second candidate to formally declare in the race to succeed Miliband is shadow business secretary Chuka Umunna, who made the announcement in a video on his Facebook page while in Swindon.

Chuka Umunna’s leadership announcement film is clunky and awkward, but it’s how he wants it https://t.co/yjw5WsSXSf pic.twitter.com/TJmns9pvJ9

He filmed outside of London as he thought it was kind of place the party needed to target. “I think we can and we should be winning in seats like in Swindon. North, South, East, West we can absolutely do it as a party,” he said. Umunna added that it would not take Labour ten years to be rebuilt, suggesting that it could be done in five. He explained that he wanted to “lead the effort as part of a really big Labour team getting Labour back into office, and building a fairer and more equal society”. Read more about the aftermath of the general election: Out of Miliband’s shadow cabinet, Umunna has been the first to criticise his campaign. He suggested it failed to make an “aspirational offer” to middle income voters.  Umunna also claimed Labour was wrong to run a deficit prior to the financial crisis. Interim Labour leader Harriet Harman has warned front-runners not to “scapegoat and blame” if they want the job. This comes as several Blairites and MPs, including Umunna, criticised Miliband’s leadership. Harman said: “All the party members will want to make sure that those people who are running for leadership are not actually scapegoating and blaming, they are actually also part of making sure we hold this government to account.” To make his case, Umunna said he spoke to half of the Labour candidates who had been defeated in the party’s 80 key seats. Mentioned in his Facbook video, he suggested defeated candidates told him the party lost working class votes to UKIP and middle class votes to the Conservatives. He will also be tweeting interviews with Labour parliamentary candidates from across the country “who ran great campaigns in places we need to win but missed out last week”.

Interesting. Chuka will be tweeting out interviews with defeated Lab candidates+ reflections on result. Signs of well/long-planned campaign?

It is his belief that “their reflections on the result” are the lessons “we need to learn”. By Shané Schutte