More and more, there is a focus on how cities in the UK outside of London are performing. And with vacancies increasing by just 4.4 per cent (though still impressive) in the capital, we wanted to take a look at five other areas experiencing faster growth.

Our data revealed there were a staggering 41.5 per cent more jobs advertised in Brighton in July 2017 than the same time last year. What’s more, businesses are also advertising jobs with far higher salaries, as pay jumped by 7.7 per cent during this period, and was 2.4 per cent higher than June!

According to figures from the ONS, the Brighton and Hove population has a relatively high density of highly paid workers, which make up 58.8 per cent of the population. The typical town or city in the UK will have a percentage closer to the average of 45.5 per cent, suggesting Brighton is one of the best cities in the UK to be for affluent workers.

What’s more, the local tech sector has been taking off in Brighton, with many referring to the city’s technology hub as “Silicon Beach”. With close links to London (albeit on a very, unreliable train service!), more and more companies are opting to base offices in this lovely little seaside resort.

We found there were 18.2 per cent more jobs being advertised in Manchester last month and the city is continuing to thrive. In fact, it has been reported that Manchester is expected to see more growth in office-based employment than other cities in the UK – including London – over the next five years.

Furthermore, in a similar trend to Brighton, last month saw the launch of Tech Manchester, a not-for-profit initiative to support the development of tech businesses and raise the profile of the city’s digital sector. Added to this, NatWest’s dedicated technology, media and telecoms team lent over £300m to tech businesses from May 2016 to May 2017 – an increase of nearly £8m from the previous year.

Since MediaCityUK was established, the technology sector in Manchester has really boomed, and is home to a whole host of design and technology businesses. There are some incredible companies coming out of this city and it is certainly one to watch.

Another Northern city to witness a fantastic increase in job vacancies is Leeds. Advertised roles increased by 13.6 per cent last month. This is despite it recently being named as one of the cities that will be hit hardest by Brexit, due to its high levels of exports to EU memberstates.

Leeds too has its own digital hub, and it was reported by investUP last month that Yorkshire has great potential to become a hub for financial technology (fintech) companies, thanks to its traditional financial services sector. Not only this, but Leeds also thrives in other areas of professional services, such as the legal sector.

More fantastic news for this city, its economy apparently “grew faster” than London since the Northern Powerhouse was launched. Leeds is clearly attractive to investors, in addition the growth of companies in the city which has been strong since the end of the recession.

Scotland is, likewise, one of the cities in the UK that continues to thrive, with 12.4 per cent more jobs being advertised last month. As well as this, July saw the announcement of Edinburgh’s £1.1bn City Deal, which is set to result in thousands more people in employment and thousands more with new homes.

Alongside this, we found that advertised salaries were 3.9 per cent higher than July 2016, suggesting that businesses feeling more confident.

Birmingham is a key hub for activity in the Midlands, and we found that there were 12.3 per cent more jobs on offer last month. What’s more, it was recently announced that thousands of disadvantaged people and long-term jobseekers across the West Midlands are set to receive specialist advice and support to get into work, with up to £4.5m being provided by the Department for Work and Pensions.

It’s clear that a great amount of investment is being made by local businesses and the government to create more opportunities and many companies are offering higher salaries in a bid to attract the very best workers. In fact, salaries jumped by one per cent compared to June 2017, which is good news for job hunters.

All in all, it’s clear that there are some fantastic opportunities for job hunters in the UK right now, especially in these core cities which continue to play an important part in our economy. 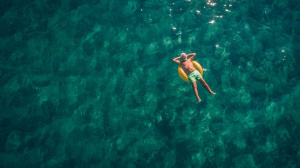