This announcement was made after it was revealed that “redundancy payments for 2,760 workers would be made by the Government”. And given the company’s pension for trying to reduce its UK tax liabilities, eyebrows have been raised over the fact that the taxpayer is looking after City Link employees.

But according to the Independent’s Jim Armitage: “Moulton revealed that Vince Cable’s Department for Business, Innovation and Skills had been informed of the possible collapse some days prior to the announcement on Christmas Eve – but that nobody from the ministry had made any request to meet the company at that point.

“Labour’s shadow Business Secretary, Chuka Umunna, wrote to Cable demanding to know why, and if any attempt to broker a rescue deal had been made, given that taxpayers’ money was to be used to pay the redundancy bill.”

The company has also been criticised for “mishandling” its collapse.

It was also revealed that despite City investors asking him to “pull the plug” in November, Moulton kept trying to turn the business around. “Overwhelmingly they were telling us to get it over with, quite boldly, telling us not to throw good money after bad,” he said.

Furthermore, Moulton has told the Stock Exchange that Better Capital will recoup half of the £40 that has been invested in the business since it was bought in 2013. Of course, this news hasn’t been well received.

An RMT union spokesman said: “Our expectation has always been that Moulton and his crew will walk away without losing any money on this deal despite having wrecked the lives of thousands of staff. Now we see that they’re going to be getting their £20m back while drivers who’ve been forced to work as subcontractors will get next to nothing.”

Moulton, with an estimated net worth of £170m, confirmed that he would personally lose £2m from City Link’s collapse, having been one of its major investors.

The company has officially stopped accepting parcels and Ernst & Young (EY) administrators have told City Link staff that a “substantial round of cuts” would be taking place tomorrow.

The ‘value’ of independent brand valuations 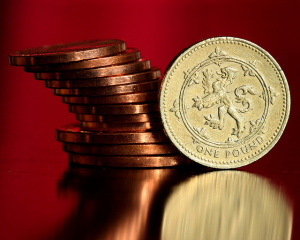