From Uber to Handy, and from Deliveroo to Yodel, the shifting sands of the economic landscape have led many businesses to favour a self-employed staffing structure, often called the gig economy.

It essentially allows these kind of businesses to scale up quickly without being dogged down by the paperwork that comes from formally employing staff, whilst workers are able to operate in a “casual” way and pick up shifts and hours where they wish.

It’s not to be confused with zero-hours contracts, made famous by the likes of Sports Direct, as in theory gig economy workers are not required to work any hours other than the ones they wish to.

However, as more and more companies have adopted flexible employment structures and a flood of workers to the casual sector has caused greater competition for hours and pay, there has arisen a growing debate to provide formal protection and benefits for staff.

This movement has been crystallised by two recent legal cases, both involving gig economy staff who wanted to be classified as “workers” rather than “self-employed”. The most recent case centred on a bike courier working for CitySprint, a nationwide courier service which has grown rapidly backed by private equity funding.

During a tribunal, it was decided by a judge that the courier, Maggie Dewhurst, had the right to be called a worker and was thus entitled to basic rights such as holiday, sick pay and the National Living Wage.

Dewhurst argued that she and others do not enjoy the flexibility than many assume they do, but rather spend each and every day being told “what to do, when to do it and how to do it”.

“We’re under their control. We’re not a mosaic of small businesses and that’s why we deserve basic employment rights like the National Minimum Wage,” she added.

This news comes against a backdrop which includes ongoing legal proceedings involving Addison Lee, Excel and E-Courier. It also comes three months after a landmark ruling which concluded global on-demand taxi service Uber had to revise its employment structure.

Private hire drivers union GMB took its case to an employment tribunal and won on behalf of its members, opening the floodgates for a series of other challenges from individuals and other worker organisations.

So what does this mean for the future of the gig economy in the UK? Dave Chaplin, CEO and founder of Contractor Calculator, a website providing advice and information for contractors and freelancers, believes the case shows that employment status is not just a “paper exercise”, and that real-life arrangements must match contractural ones.

“The judgement was similar to the recent Uber case, where the judge considered that the contractual arrangements did not reflect the reality of the situation. In this instance the contract was described as ‘contorted’, ‘indecipherable’ and ‘window-dressing’.

“As predicted, the Uber case has opened the floodgates for other vulnerable workers to seek employment rights in this new 21st century gig economy and I hope that with so many reviews currently being carried out by the government that a solution can be found that is workable for all types of workers.”

While regulators and authorise around the world will take differing approaches to the gig economy, it appears British decision makers are siding with workers rather than businesses. They are putting in place a set of precedents which could dramatically shift the way in which future companies are founded and grown. 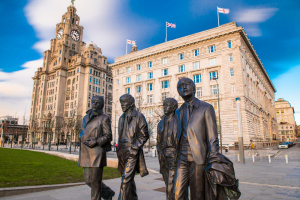 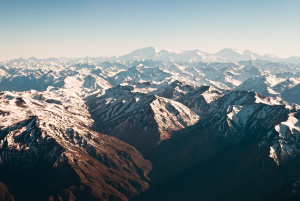 I nearly died in the Andes, but the sharing economy revived me