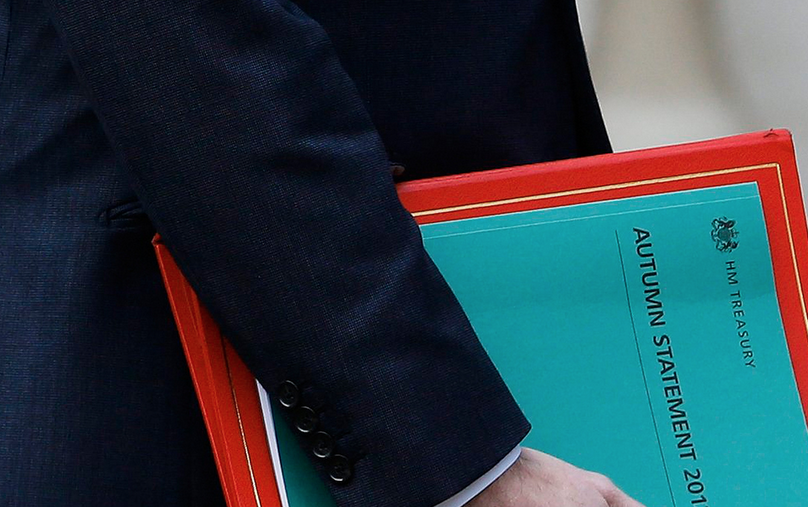 Well, well, we expected this to be a lacklustre Autumn Statement, but George Osborne certainly had a few rabbits to pull out of his pre-election hat. After warning us that “there simply isn?t any money” he?s actually given a lot of promises to business owners.

He has also created quite a stir with his reform of stamp duty, which remained a very carefully guarded secret until the end of his speech. However the widely anticipated changes to the current inheritance tax threshold did not materialise.

The statement started off with the usual performance updates and revisions to previous forecasts. Without going into all the figures in detail, it?s worth highlighting the news that the UK?s economic growth (at 3 per cent according to the latest OBR figures) is outperforming Germany?s by two and a half times; is seven times greater than France; and three times higher than the rest of the Eurozone. That is very encouraging.

The following policy announcements made by Osborne will be of particular interest to the business community.

The elimination of tax avoidance will continue to be prioritised, and the government anticipates securing at least an additional ?2.8bn in tax revenues from a range of future initiatives, with further commitment to raising an additional ?5bn from new, as yet to be unveiled, crackdowns.

A “Google tax” to halt the use of tactics by multinationals to divert profits into tax havens was widely expected, and this has come in the form of a new ?diverted profits tax?. The new tax will require multinationals to pay a flat rate of 25 per cent tax on any UK profits that are “artificially shifted out of the UK”.

In addition, banks that have brought forward losses made during the financial crisis will face restrictions on the amounts they can use to reduce tax by offsetting them against future profits. Apparently the total amount of current year profits against which such losses can be offset will be restricted to 50 per cent, and it is expected that as a result banks will have to pay an extra ?4bn in taxes over the next few years.

Whilst the above two measures will help redress the balance and make the tax system fairer for SMEs, George Osborne also mentioned, under the overarching theme of ?aggressively avoiding tax?, another focus which is likely to significantly impact the SME community. This involves the introduction of new restrictions to tax relief available on the transfer of intangible assets (which is likely to mean goodwill) on incorporation of a business into a limited company which we covered in a recent blog.

As yet, specific details are not available, but they are likely to involve greater scrutiny from HMRC on the way goodwill is valued, and perhaps even the abolition of the widely claimed tax efficiencies on incorporation. If this is the case, what is especially disappointing is that it has been introduced as a focus on those ??aggressively avoiding tax?? whereas organising a business?s affairs in this way is simply using tax legislation to arrange its tax affairs efficiently. This change will need to be closely followed to see how it impacts business owners seeking to incorporate their businesses into a limited company.

Under the same heading further campaigns were introduced to limit the use of umbrella companies and investment strategies associated with tax avoidance.

The chancellor announced that he intends to “strengthen entrepreneurs? relief”. As this is already widely viewed as a strong relief it will be interesting to see what this involves.

More quantifiably, R&D tax relief is to be increased to 230 per cent (from the current rate of 225 per cent) for small and medium sized companies and additional relief will be given to larger companies. Whilst the increases are not huge, this remains a valuable tax relief and reinforces the government?s focus on encouraging innovative companies; claiming R&D tax relief can of course mean a company is able to eliminate the burden of corporation tax for a number of years.

Also of interest to SMEs will be the impending change to NICs. The obligation to pay employers NICs has already been removed for businesses employing young people under 21 and this will now be extended to include the employment of apprentices aged under 25.

What else for taxpayers?

By far the biggest announcement was the change to stamp duty on residential property, which becomes effective from midnight tonight. The current ?slab? system is being abolished with a new, tiered rate as follows:

This means that for residential properties costing over ?937,000 the stamp duty payable will increase, whereas for those costing less, the tax due will decrease. The change becomes effective at midnight tonight; for current property sale transactions where the vendor and buyer have exchanged but not completed, it is possible to choose whether to use the new or former rates. Solicitors working on expensive property transactions that are near closure will clearly be very busy between now and midnight!

There were also some interesting announcements relating to changes to personal tax ? pensions are being given a boost and it will now be possible for pensions to be bequeathed without incurring heavy tax penalties. This was covered in our recent blog; in addition, ISAs will retain their tax free status if a surviving spouse inherits their partner?s ISA on death.

Further penalising taxpayers who own investment property within a company wrapper, the ATED (annual tax on enveloped dwellings) is to increase by 50 per cent on properties valued above ?2m.

Overall, we think this was an encouraging Autumn Statement and a clear example of clever electioneering by the Tory party. It gives a welcome boost to business owners and is clearly designed to continue to help attract entrepreneurs into the country ? exactly what we need to sustain the levels of economic growth we are currently seeing.

Lesley Stalker is head of tax at Surrey accountants RJP.