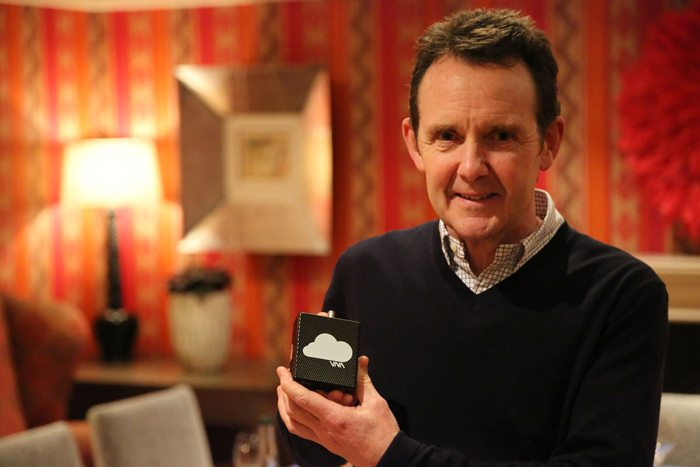 Share via
James Wickes is a man on a mission. He hopes to one day remove the perception that all things digital are complex. This is particularly the case when it comes to CCTV, a reason why Cloudview came into existence. Technology was a part of Wickes’ life since the age of 19, when he took a sales job at Xerox after finishing school. In 1987 he went on to create Ideal Hardware, which he floated on the London Stock Exchange in 1994 with a market capitalisation of £1.5bn. The serial entrepreneur even launched his own satellite TV channel for the tech market. But one of his current focuses is Cloudview, the visual surveillance company he founded in 2012. Wickes’ other focus? He boasts quite an unusual hobby, making him a perfect candidate for our short series on the unique interests of entrepreneurs. We’ve so far managed to uncover one founder’s love for chakra meditation and a music artist who delved into the world of technology. Let’s also not forget the creator of a snowboarding and skating store who happens to be a British surfing champion, and the entrepreneurial duo with a penchant for street photography and mixing cocktails. So what does Wickes bring to the table? He is something of an urban shepherd – he describes himself as such in terms of his Twitter handle – tending to a flock of 50 sheep which he grazes in the wilds of Esher in Surrey. Admittedly, however, the sheep only came into the picture as a solution to a problem – and they stuck around ever since. The co-founder explained that he had purchased a small holding adjacent to his house some years ago and decided to let large areas of it revert back to its original state: a wild flower meadow. “But coming from our on-demand business world it was a bit of a shock to me that stuff just didn’t grow, so I would need to give nature the conditions to do it properly.” And if you want to go about creating wild flower meadows properly, he adamantly told Real Business, you need a couple of sheep. In this case, 50 of them. “I now have a small flock who spend all day grazing in the meadows except when they are in flower. The results have been astonishing and I have watched the eco-system around the meadows grow and prosper over the years, largely as a result of this natural grazing process. “Sheep fascinate me because they have played a historic role in our development as a nation and are embedded in everything about Britain from common words we use e.g. ‘fleece, sheepish, hurdle, flock’ to place names and what we wear. On a day to day basis they are a pleasure to keep. They are very gentle, they animate the land, harm nothing and certainly put back more than they take out. There’s a lot we can learn from them.” There’s much to learn in the way of leadership as well, believe it or not. The key here is responsibility – they are prone to wandering – and a bucketload of patience. Sheep aren’t known for strictly following instructions. At the end of the day, a hobby such as this is a great way to clear your head. Stop gravitating to that coffee pot for an extra fix of energy when a break or activity will do you wonders. It’s certainly worked for the entrepreneurs featured in the series. Check out our other hobbies-focused features: By Shané Schutte