Ten years ago, a small to medium-sized business looking to expand would have visited its local bank branch in what was usually a straightforward process. Today, that once dependable source of funding isn’t what it used to be. Regulatory capital requirements make it all but impossible for banks to lend money to SMEs irrespective of their growth potential.

“The cost to a bank of underwriting a loan for £100 million is roughly the same as lending out £1 million. Banks ultimately want to keep their shareholders happy and they are looking to deliver and maximise their return on equity by focusing their lending to the larger corporate customers,” explains Ayan Mitra, CEO and founder of CODE Investing, one of the UK’s leading institutional debt finance platforms.

This leaves SMEs in the lurch. Mitra estimates that structural inefficiencies in the SME lending process have resulted in a funding gap of £630bn across Europe. Over the next decade, digital marketplaces will change the way SME lending works, becoming mainstream rather than ‘alternative’ finance.

As a result, these marketplaces will account for a substantial portion of the £580bn+ in annual European SME lending

At its core, an unsecured loan is a form of borrowing that doesn’t require collateral to secure the loan. A secured loan is backed by an asset, whether that is property, machinery or a vehicle.

This means that in the event that you can’t repay the loan, the lender can claim ownership of this asset. An unsecured business loan isn’t backed by collateral, but the lender may ask for a ‘director’s guarantee’ instead, which means they may chase your company’s director for repayment if the loan isn’t paid.

Traditional lenders offer unsecured loans to businesses with a track record or good credit history, and this usually comes with a high interest rate because of the inherent risk for lenders.

According to Mitra, accessing this form of finance from traditional lenders is becoming harder for SMEs, and with a long turnaround time and high interest rates, it becomes less attractive for businesses looking for quick growth capital today.

“Many smaller UK businesses are aware that the banks are tightening their criteria and are opting to look elsewhere,” says Mitra. “Arranging unsecured loan finance on the high street is a particular mission impossible.”

Changes in the economic outlook are the driving factor behind the expected reduction in credit availability among the major banks during the fourth quarter, he adds. “That’s understandable given that we are fast approaching one of the most significant politico-economic events for decades and that default rates are also edging up.”

Code Investing says institutions, which often require no external due diligence, can complete on even bigger loans in roughly one month. This compares to two to three months on the high street.

Firms on Code Investing’s institutional lending panel also tend to be less fixated on warranties and PGs, which can be a barrier for SMEs when applying for commercial loans.

CODE Investing offers SMEs between £500,000 and £5m in unsecured loans at a fixed interest rate of 6% to 12% often within 30 days. According to its eligibility criteria, businesses need to have a minimum turnover of £1m, with assets valued at £1m.

As a testament to that, CODE Investing announced its institutional funding lines for UK SMEs hit £0.5bn in the form of structured and asset finance, hire purchase and leasing arrangements, bridging facilities, cash flow and unsecured loans.

“It can be difficult to get your head around at first but some of the nimblest business lenders out there right now are some of the world’s biggest financial institutions,” says Mitra.

“While banks will tend to dominate the upper end of the mid-market arena, and alternative finance providers the lower end, institutional lenders are increasingly filling the space in between. The £0.5bn we now have access to will open new doors for countless UK SMEs seeking growth capital and be a major fillip to the economy in the face of Brexit,” he adds.

“What’s critical in the current climate is that businesses seeking finance get it from the right sources and at the right price.” 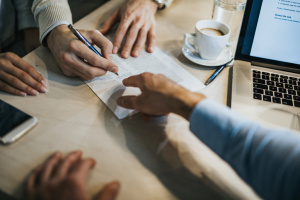