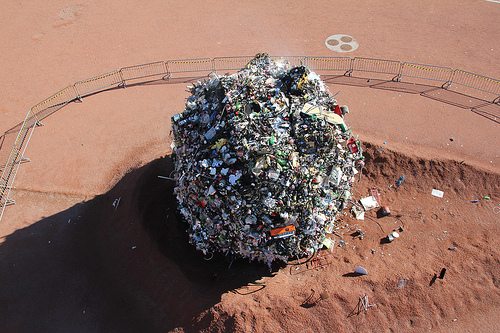 Under the new rules announced by the Sentencing Council, those who flout regulations covering waste handing, disposal and fly-tipping will be harshly sanctioned.

Environment law firm Pinset Masons said the new criteria means large organisations may be fined up to ?3m for a ‘deliberate serious environment crime’. Ellie Watson, energy and environment lawyer at Pinsent Masons, said: “The new framework encourages the courts to make use of the highest level of fines for some of the more serious offences.  “It is critical that all of these large organisations with potential environmental impacts – of which there will be many given the relatively low threshold of ?50 million – understand the new structure and review internal processes to limit any potential exposure to enforcement action.

“It is often said that an ounce of prevention is better than a pound of cure. From July it will be even more important for businesses to have in place up-to-date and effective incident management and environment response procedures.   “This will not only help ensure that incidents do not occur in the first place but also allow effective mitigation to be put in place at the earliest opportunity which can also be taken into account by the courts in arriving at a proportionate level of fine.” Image source