What if the underlying circumstances change to such an extent that continuing with a contract is no longer commercially viable? At Bircham Dyson Bell, we received an increase in enquiries from companies looking for a “Brexit clause” to be inserted into commercial contracts.

Which contracts need to deal with Brexit?

Any business purchasing from or selling into the EU will be affected, but UK-only suppliers should consider the impact on the supply chain, and on the end-market customers sell into.

The key areas where Brexit is likely to be felt are: cross-border services; trade tariffs; licenses which rely on EU-wide approval or reciprocal arrangements; restrictions on movement of workers; and changes in UK law following the Great Repeal Bill. Risks of currency fluctuations and inflation add to the economic uncertainty facing businesses.

What is a Brexit clause?

A Brexit clause is a contract clause that triggers a change in rights and obligations following a specific event for example:

• a right for one party to terminate the contract (this may be mutual or unilateral); or
• an obligation for the parties to renegotiate the terms of the agreement.

A third provision (albeit not strictly a “Brexit” clause) is where specific consequences follow specific events: for example, currency fluctuations may lead to an automatic adjustment in price. If electing to renegotiate, the parties must consider what happens if an agreement isn’t reached. Should any discussed commercial contracts continue or terminate? In the absence of a dispute resolution mechanism, the English courts will not enforce an agreement to agree.

It is essential to clearly define the trigger event. What does “Brexit” mean? A “hard Brexit” trigger could be the date we cease to be subject to EU Treaties, but what if we withdraw from the EU but remain part of the EEA – should one side still be free to walk away? The party affected by Brexit will want a broad trigger, capturing as many potential events as possible. However, for the party not affected, the narrower the trigger the lesser the risk.

The consequences of triggering the clause should also be considered, including whether the contract will terminate immediately or on notice and whether the affected party should compensate the “innocent” party.

Is doing nothing an option?

Some contracts may already include clauses permitting early termination for no fault, or specific rights in the event of “material change”, but there is a risk of relying on a “force majeure” clause. Absent a change which makes it impossible (or illegal) to continue to perform the contract the usual force majeure provisions are unlikely to be wide enough to allow a party to terminate on Brexit.

English law does not generally accept changes in economic or market circumstances affecting the profitability of a contract as being a “force majeure event”.

There is no single answer to how to “Brexit-proof” your contracts. Each solution will likely need to be tailored specifically, but as a practical step, businesses should:

• Consider the likely effect Brexit will have on their commercial arrangements;
• For new contracts, consider whether a Brexit clause is necessary; or, if being faced with an opposite number demanding a Brexit clause, how it can be softened (renegotiation, compensation on termination?);
• For existing contracts: is there opportunity for renegotiation? Are you clear on what could trigger a material change and the relevant notice periods?

Finally, when discussing Brexit clauses, be aware of your conduct: unequivocal statements or actions which the other side relies on may lead to arguments that the contract has been varied. 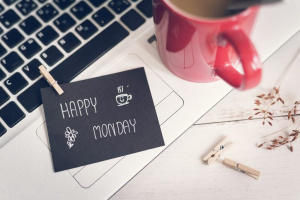 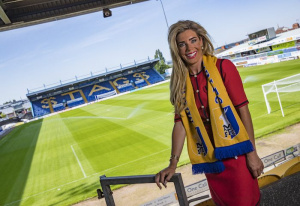