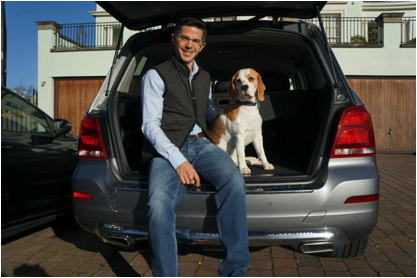 Some companies have BYOD procedures in place for their employees, others have dress down day or perhaps the occasional bring your pet to work.

However, UK-based LHDcarsupermarket.com director Gavin Stafford went one step further by hiring his pet beagle – Ted. The executive made the decision to bring his dog into the operations of the business, an online provider of left-hand drive vehicles, after becoming concerned with leaving his pooch at home each day while he worked and, oddly, customer demand. He claims a number of dog owner clients were keen to know the size of car boots and how appropriate they are for animals, which is when the idea hit him.  The pair have since gone on to test out prestigious motors from brands including BMW, Mercedes and Land Rover, and Ted is now a regular member of the team which is based in Nottingham. Stafford, said: “As many working dog owners know it can be a bit stressful to work full time and own a pet. Unless you have a friend or family member at home who can take the dog for a walk during the day it really isn’t fair on a pet to be locked up in the house all day without any company. “So I decided I’d bring Ted to work with me and then had the idea of taking things one step further and actually giving him a position within the business. “People must have thought I was barking mad but there really is a serious side to it as well. There are nine million dogs in Britain and if you are an owner it can be a real consideration when it comes to buying a car. “Yet before Ted got to work no one in the UK was reviewing cars for their dog friendliness. There was a real gap in the market which Ted has been delighted to fill.” Want more animal related news?