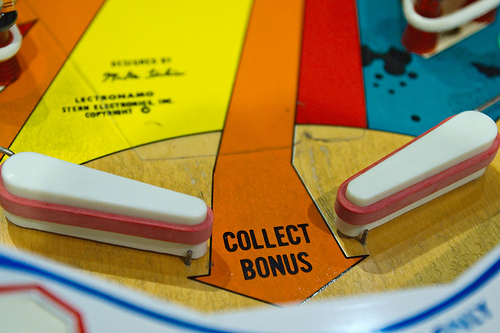 This year?s figure (?49,767) is the lowest in several years, with directors? bonuses previously running at an average of ?68,043 across the last ten years. The number of directors receiving bonuses has also declined over that period, from 85 per cent between 2006-08, to 53 per cent this year. Executives across all levels have seen a similar long-term reduction, from 59 per cent to 36 per cent, in the same period.

The data, taken from more than 68,599 executives in 279 UK organisations, shows that pay, including bonuses, rose for all executives by just 2.5 per cent on average over the last year, less than the previous three years ? trailing behind retail price inflation over the last year.  Average salaries across all executive levels now stands at ?42,230, compared to ?42,710 12 months ago. Managers? basic salaries have increased by 2.7 per cent this year ? the smallest increase since 2011 ? and overall, are equal to an average of ?38,081. The data also highlights the disparity between those working in small and large firms. Increases in total pay for directors in businesses with a turnover of under ?25m stands at 2.3 per cent, but in those businesses with a turnover between ?1?5bn the increase is 6.9 per cent. Ann Francke, Chief Executive of CMI, says: ?The astronomical pay packages that have been making recent headlines are the preserve of a lucky few. For most directors, this year has seen pay-outs reduced, putting the brakes on the gap between top bosses and managers at other levels. Many employees will hope that this marks the start of a new approach to bonuses and a move to share the benefits of growth more widely as the economy picks up.? Image source By Shan? Schutte