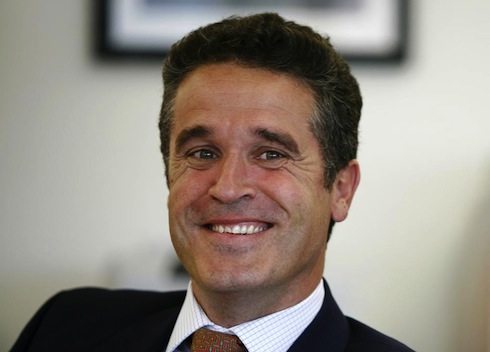 Transformational leadership is one of the themes in this year’s stunning shortlist for the Company of the Year (larger firms). These are substantial UK businesses, some with international ambitions, that have outperformed their markets in a highly challenging marketplace. This has required vision, persistence and chutzpah from some truly exceptional leaders. We will recognise all these companies, and leaders, at the Growing Business Awards, in association with Lloyds Bank, on November 27:

The first 99p Store opened in 2001, on Holloway Road in north London, just 11 years ago. Today there are 200-plus stores nationwide, creating more than 3,500 jobs. Turnover has risen from ?231m in 2011 to ?269m in 2012. Serving 1.7 million customers per week, 99p Stores has become a household name. In January 2009, it was the first retailer to snap up vacant Woolworth’s sites and, in 2010, the business moved to a new 375,000sq ft distribution centre. Building on this success, the company has  created two more successful brands, Family Bargains and Euro50 Stores, expanding into the European market in 2011. Future plans are to open another 30 to 50 stores per year for the next three years, adding to a relentless 140 per cent growth in store numbers since 2009. Co-founder Hussein Lalani says: ?I’m proud we have established 99p Stores as a national brand representing outstanding value all year round with a simple pricing structure?.

In 30 years Halewood International has expanded from a start-up business founded by the late John Halewood to become the UK?s leading independent drinks producer and manufacturer with operations in the UK, Romania, South Africa and China, and directly employing more than 1,000 people worldwide. The company produces and distributes a wide ranging portfolio of alcoholic drinks spanning beers, ciders, wines and spirits to major supermarkets, pubs, bars, restaurants and the wholesale trade. Within the past 18 months the company has launched a soft drinks portfolio to these customers. Impressive achievements include: 124 per cent increase in pre-tax profit over the past three years; and launching the Crabbie’s Alcoholic Ginger Beer brand, which now sells 35,000 bottles a year. This outstanding north-west business has continued to thrive despite the sudden death of its founder John Halewood in 2011, credit to the workforce and culture that he embedded over three decades.

Opus Energy was started in 2002 by Charlie Crossley Cooke (pictured) with ?1m seed capital and is now one of the UK?s fastest-growing businesses with a turnover of ?272m, 450 employees and supplying energy to more than 140,000 businesses across the UK. In a sector dominated by six big players (many of which are owned by European state energy companies), Opus’s innovative and customer-focused approach has enabled it to offer a real alternative for business energy buyers. Today it is the seventh-largest UK energy supplier to UK business, and one of the largest employers in Northamptonshire. Opus is also dedicated to great service: 90 per cent of incoming calls are answered within 30 seconds, rather than keeping customers waiting in phone queues. Celebrating its tenth anniversary, this is a great challenger business in a market dominated by giants.

The Fragrance Shop is a stand-out example of a retailer thriving in recession. Originally established as a single store in Liverpool in 1995, today it’s the UK’s largest independently owned fragrance retailer, employing more than 700 staff across 137 stores nationwide. Its success has been driven by four core values: passion, innovation, expertise and simplicity. In 2012, the business recorded sales of ?70.4m, with an ebitda of ?9.3m. The business, which has been transformed since it was taken over by CEO Sanjay Vadera in 2008, also has an ambitious store opening programme, planning a further 100 locations in the UK over the next five years, creating 500 more jobs. The firm has an industry-leading staff training programme that enables advisers to help customers easily navigate the 700 lines of perfume available, and is currently updating its in-store format. The Fragrance Shop is set to continue to lead the expansion of the UK fragrance sector.

Wonga is a London-based digital finance company that’s fast becoming one of Britain’s best-known brands. The firm is, in its own words, ?shaking up the old world of high street banks and traditional lenders with simple, transparent and flexible services?. Led by CEO and co-founder Errol Damelin, the firm currently operates in the UK and South Africa. To date, Wonga has provided more than five million loans, and has developed the world?s first automated and straight-through loan processing solution that consumers can complete an application entirely online. Applicants can choose how much money they want and determine the cost by how long they need it for. Once approved, applicants get cash in their bank account within minutes, 24/7. The past year has also seen the creation of Wonga for Business, which brings the same data-fuelled technology to the business sector. In its latest, 2011, results, the number of loans provided jumped by 296 per cent. Revenues rose 225 per cent to ?184.7m and net income was up 269 per cent to ?45.8m.

World First is the UK’s fastest-growing foreign exchange company. Started in 2004, in the basement of a house, by founders Nick Robinson and Jonathan Quin. In a highly competitive, even saturated, market, World First applies a ?people first? value, which means dealing with clients, suppliers, partners and employees ?fairly and transparently?; and offering a ?private banking style? service. This seems to be delivering, with 99 per cent of private clients and 100 per cent of corporate clients saying that they would use World First again or recommend the business to a friend. The financials are vast: on a turnover of ?2.9bn, the latest ebitda was ?4.5m. Organisationally, overseas expansion is the next big step, with a new office opening in the US, and headcount rising in London and Sydney. In a world of volatile currency markets, this is a UK business aiming to bring better, safer, faster and cheaper service to customers.  Growing Business Awards 2012: The winners of the 2012 Growing Business Awards, hosted by Real Business and the CBI, will be announced at the fabulous awards ceremony, hosted by Steve Cram, on November 27, 2012, at the London Marriott Grosvenor Square. To find out more about the Growing Business Awards, in association with Lloyds Bank, and in partnership with Lloyds Private Banking, Land Rover, Cavendish, Cass Business School, Visa, Spring Law, McLaren, Bdaily, visit our awards website.