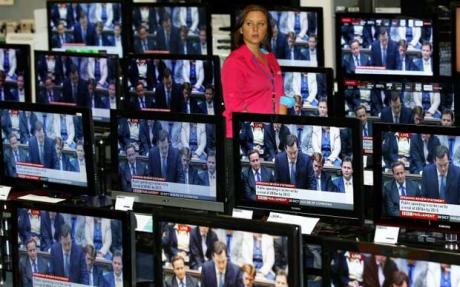 To find out the full impact on your business, don’t forget to read our analysis of the Comprehensive Spending Review. ———– Generally, entrepreneurs seemed to welcome the Comprehensive Spending Review. Although the cuts are harsh, they are necessary. Here are some of the best comments we’ve received. If you have any strong opinions, add them below, in the comments box. “Without a doubt, the government’s priority has to be tackling the budget deficit,” says Jos White, the founder of Notion Capital and MessageLabs. “But questions remain. When the chancellor says that services bought by government do not necessarily have to be delivered by the government, does he mean that he is intending to open up procurement more widely? “If so, this is fantastic news for entrepreneurs and small businesses that are well placed to offer services with greater flexibility and competition on costs than larger providers.” He warns of the risk that the procurement process will continue to be closed off to smaller businesses. Manos Schizas, SME policy advisor at the Association of Chartered Certified Accountants (ACCA), says there is no doubt that SMEs will feel the cuts: “Cuts to local government expenditure will have a knock-on effect for SMEs. At local government level, SMEs get about 59 per cent of the procurement spend, while at central government level this falls to 16 per cent. This means that for every £1 of procurement cuts overall, SMEs will lose about 27p. “Despite the rhetoric, spending cuts inevitably mean centralisation – it’s almost impossible to avoid this. If George Osborne can find a way to get more procurement power to the local level, while achieving efficiencies and cost-savings, I’ll be very impressed.” But others see the cuts as an opportunity. Simon Brownbill, director at Manchester accountancy firm Hurst calls the Spending Review a “double-edged sword”: “Some will lose out and some will be able to seize new opportunities. Entrepreneurial companies can take advantage of cuts by offering outsourcing services to take up some of the public sector slack. Where jobs are lost in the public sector, we will see job growth in the private sector. We ourselves have already been approached by local public sector bodies looking to oursource their financial departments, in anticipation of today’s cuts.” Gavin Littlejohn, CEO of personal finance site MoneyDashboard, calls the Spending Review “harsh”, but says at least the picture is clearer: “It was harsh but at least we know where we stand now. After three years of stagnation and a fear of the future, that has to be good news. Now we can start making plans within known constraints.” Some entrepreneurs also warn that the cuts could actually hurt – rather than help – the economy. “Public bodies will be cutting back significantly, but as today’s announced cuts begin to impact, they may well trigger a more general economic downturn which could easily affect private sector too,” says Hugh Robertson, founding partner of marketing agency RPM. “It would be foolhardy to assume that the private sector will be immune to the impact of the Coalition’s Spending Review.” But we can rest assured that entrepreneurs will continue to play an important part in the economy, as Julie Meyer, CEO of Ariadne Capital and BBC online Dragon, explains: “As any CEO of any size company knows, you can and must keep costs in line; but at the end of the day, you can’t survive as a company unless you have a growth story. “Countries are no different: it’s just a different sized system. That’s what entrepreneurs do – they build growth stories. So as the nation readjusts its cost-base to the new reality, entrepreneurs are hard at work building growth, creating jobs and through that, channelling taxable corporate income into the Treasury.” But ultimately, the verdict is that Britain must have seen the cuts coming, as Richard Alberg, founder of MyWorkSearch, explains: “The Comprehensive Spending Review is tough but necessary. As every business manager knows, it’s so easy to spend money and very difficult to make cutbacks.” Charlie Mullins, founder of Pimlico Plumbers, adds that the private sector has now become the UK’s fourth emergency service. “Today’s government Spending Review announcement is a 999 call to private business. “CEOs of major corporations, one or two-man bands and the MDs of medium-sized operations like mine have the challenge to work even harder to create new business and expand the economy. This has to happen to absorb the mass of civil servant redundancies, but also continue the momentum to reduce the unemployment figures across the board. “Over the past two years, the private sector has taken some hard decisions just to stay afload in business, decisions the public sector has been insulated against. Because of this natural process of ‘adapt or die’ that runs through the veins of the entrepreneurial sector, private businesses are in the best shape to lead the recovery.” Do you have any strong views on the Comprehensive Spending Review? Add your comments below.