Throughout my life there have been moments that have reinforced my belief in the phrase: “Age is just a number.” It started with me doing odd jobs at the age of nine, and has remained with me ever since.

Now, British companies have been urged by the government’s business champion for older workers to employ an extra one million by 2022.

Andy Briggs, a senior Aviva UK Life executive, was appointed last October and has advised that every firm should increase the number of employees aged between 50 and 69 over the next five years.

Life expectancies are rising, and with that, so is the retirement age. There’s been a rise in the workforce for over 65s since the financial crisis a decade ago and the banning of compulsory a retirement age in 2011. Boosting the country’s older workers from nine million to ten million could prevent the looming healthcare crisis, pensions crunch and in turn the skills gap.

By 2028, the retirement age for men and women will be 67, and by 2030 it’s predicted that people aged 50 and over will make up half of the country’s adults. At around the same time, there will also be an extra 14.5m jobs available in the UK – but only around seven million young people to take the posts. Why can’t older employees make up the difference?

Despite the prospect of a growing, ageing population, there’s still an age bias in the workplace, something that Briggs quite rightly has concerns about. Whether it is concerns over if an individual’s still fit for the job or health implications I’m not too sure, but one thing I do know is that representing an older age bracket in the workforce is definitely a must.

From experience, I’ve found that hiring someone can bring a wealth of knowledge, skill and loyalty to a role. As they say, young people know how to run fast but old people know the way.

Take my PA, 75 year-old Mario Rebellato for example. Before coming to Pimlico, he was told that he would have to retire from his civil servant job at the age of 65. He originally approached me about a van washing job, but seeing his potential from the offset, he became my personal assistant straight away and now my life couldn’t be in better hands. He has years of experience and, like so many others, wanted to continue to develop his skills. Why should we deny him the privilege?

My PA isn’t alone either. Eric Headley who, amongst other things, looks after our vintage plumbing vans and is one of my team of chauffeurs, is in his eighties – not that you would ever know it. Everyone respects his determination to see things through no matter what the job is.

I, of course, have to mention Buster Martin too. As Britain’s oldest worker at 104, he inspired plenty with his work ethic and attitude to his job washing the Pimlico vans. He just wasn’t one for sitting about and that remained true until his passing in 2011.

The Department for Work and Pensions, along with its secretary Damian Green, have launched the “Fuller Working Lives” scheme, intent on extending careers and presenting opportunities for the older workforce. I hope that this comes to fruition and that people can put their prejudice aside for what could be their best investment yet.

Don’t get me wrong, I think that if you’ve worked hard all of your life and want to take a break for the foreseeable future once you hit 65, and have the means to do it, then by all means have as much fun in the sun as you like and put your feet up. All I’m saying is that it should be a choice, not a forced retirement age requirement. 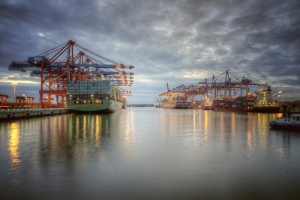 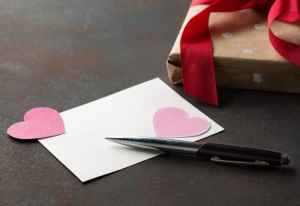